Born in Lahore, Pakistan, Imtiaz Dharker, 65, grew up in Glasgow. She has written extensively on religion, culture, and feminism. 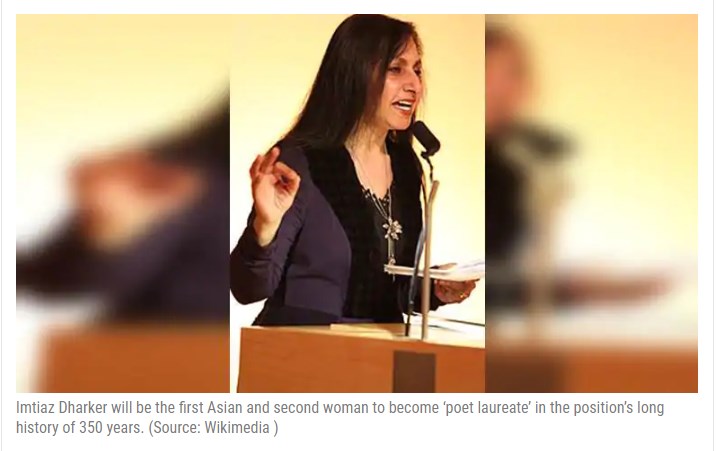 Pakistan-born British poet Imtiaz Dharker will be replacing Carol Ann Duffy as the new poet laureate. Dharker, who describes herself as ‘Pakistani-Scottish Calvinist Muslim’ has written extensively on religion, culture, feminism and, according to a report in Daily Mail, will be the first Asian and second woman to become poet laureate in the position’s long history of 350 years.

Duffy’s ten-year term ends on April 30 and a 15-person committee of poetry experts had been introduced by culture secretary Jeremy Wright to select the successor. The decision to choose Dharker has been taken by the government as well as by the members of the committee. The final decision, however, will be taken by the Queen.

Born in Lahore, Pakistan, Dharker, 65, grew up in Glasgow. Refusing to attach a label to herself, in 2015 she had appeared on Desert Island Discs and had told Kirsty Young, “I am a Pakistani-Scottish Calvinist Muslim, adopted by India and married into Wales … Don’t try to put me in a box … I’m a cultural mongrel.”

In 2014 she was awarded with the Queen’s Gold Medal for Poetry. She is also a former poet-in-residence at Cambridge University Library. The rich heritage she comes from is often reflective in her work.

“The image of purdah for me was on the dangerous edge of being almost seductive: the hidden body, the highlighted eyes, the suggestion of forbidden places. But of course it is also one of the instruments of power used to bring women to heel in the name of religion,” she had written, while commenting on her work, as quoted by the report.