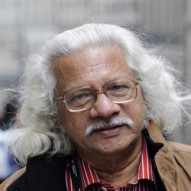 Adoor, as this master of imaginations is fondly called, needs no introduction. His contribution to the world of cinema, both Indian and international, during the past half-a-century is unparalleled. Adoor launched himself into the universe of cinema with Swayamvaram (One’s Own Choice) way back in 1972, kicking off a new wave in filmmaking. Since then, the ace story-teller has been enthralling the world with many classics.
His repertoire of avant-garde films include Kodiyettam (Ascent), Elippathayam (Rat Trap), Mukhamukham (Face to Face), Anantaram (Monologue), Mathilukal (The Walls), Vidheyan, (The Servile), Nizhalkkuthu (Shadow Kill) and Kathapurushan (Man of the Story). His latest movie Pinneyum (Once Again) was launched mid-2016.

Adoor received the national award for best film twice and for best director five times. Elippathayam has won the prestigious British Film Institute Award in 1982. He has won the International Film Critics Prize six times in a row.

Wisconsin University in the US has opened an archive of his films and set up a research fund. It stores all of his films in 35-mm format, in Blue-Ray discs and DVDs. Adoor’s movies are already included in the curriculum on Asian cinema at Colorado and a couple of other American universities.

Adoor has also secured a name for himself as an author with four books on cinema. His first book received the national award for best book on cinema and his collection of essays titled Cinema Samskaram got him the Kerala Sahitya Akademi award. For his contributions to world of cinema, the nation honoured this master story-teller and filmmaker with a Padma Shri in 1984 and Padma Vibhushan in 2006. He is also a recipient of nation’s highest honour for cinema, the Dada Phalke Award, in 2004.
Adoor heads the Gateway LitFest advisory panel as the chairman. 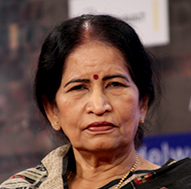 One of the most revered women writers in our literary history, Pratibha is a household name in her home state of Odisha with a number of best sellers. The nation honoured her with the Jnanpith in 2011. She began writing at the tender age of nine and her first novel Barsha Basanta Baishakha in 1974 instantly became a best-seller for its treatment of social issues and readability among semi-literate and literate readers. Her writings overflow with boldness, revolt and humanism and each of them searches for a social order based on equality, love, peace and integration. She has penned 21 novels, 25 short-story collections, 14 travelogues, two poetry books and three essay collections. Her novel Jajnaseni has notched up 90 editions in Odia. She is the only woman writer till date to win the Moortidevi award. An eminent educationist, Pratibha is a PhD in educational psychology and holds a post-doctoral degree in tribalism and criminology. Madam, we’re privileged to have you here again for the second time amidst us. 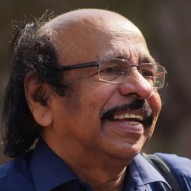 He represented India at the Berlin, Montreal, Beijing, Moscow, Serajavo, Jaipur and New Delhi literary festivals, and the Frankfurt, Leipzig, London, Paris, Moscow, Lahore, and Abu Dhabi book fairs. He has been honoured with the Knighthood of the Order of Merit by Italy, the Dante Medal by the Dante Institute, and the Indo-Polish friendship medal. 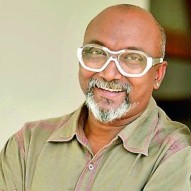 An internationally acclaimed painter and artist-curator, Bose is the founder-member and president of the Kochi Biennale Foundation, the organisers of Kochi-Muziris Biennale that has redefined the public approach to contemporary arts. An alumnus of the Sir JJ School of Arts, Mumbai, and the Goldsmiths College of the University of London, Bose’s works comprise vivid abstract paintings, figurative drawings, sculptures, photography, multimedia installations and architecture.

A recipient of many an award, including the Kerala Lalitha Kala Akademi award (1985), British Council Travel award (1993), Mid-America Arts Alliance award (1996), Chales Wallace India Trust award (1999-2000), and the Life Time Fellowship award by the Kerala Lalita Kala Akademi, Bose was also the first runner-up for the Bose Pacia Prize for Modern Art in New York in 2001. He was the guest of honor at the Arco, Madrid in 2009. 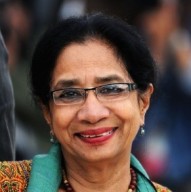 Uma has been closely associated with the Film Society Movement playing a key role in taking Indian cinema to the global audience and bringing the world cinema to our side of the globe. After a Masters in English from Delhi University, and a degree from Richmond University in the US, Uma began her carrier in advertising where she spent over a decade. In 1974, she quit advertising and joined the Directorate of Film Festivals in New Delhi where she worked for three years. Since the mid-1990s she is the India representative at the Toronto International Film Festival.

Uma is also associated with the New York Film Festival for Indian films. As a film journalist, writer and researcher, she has edited the first complete biography on Satyajit Ray titled Montage Monograph, which she published in her maiden name Uma Krupanidhi in 1967. Since 1975, she has been writing a chapter on Indian cinema for the renowned British magazine The International Film Guide. 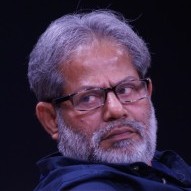 The prolific Bengali and English writer and poet with over thirty titles, Subodh is an Associate Professor of English at the City College, Calcutta University, a Fulbright Fellow for 2016/17, a visiting professor of English at the University of Iowa, US, and a participating poet at the International Writing Program of the University of Iowa, apart from chairing state-run Kobita (poetry) Academy. From 2010 to 2016 Subodh was the guest editor of the Indian Literature, the flagship journal of the Kendra Sahitya Akademi.

He has participated in many international seminars held in France, Greece, the US, Canada and Taiwan. His works, mostly in Bengali, have been well recognised, and has bagged many prestigious honours like the Sahitya Akademi award and Bangabhushan award from the Bengal government. 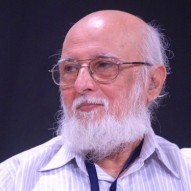 Sitanshu is among the most eminent representatives of contemporary Gujarati literature. A much celebrated poet and playwright, he is also a critical theorist, translator and academic. His creative, critical and academic works have received wide acclaim in the country and elsewhere. He has received the Kendra Sahitya Akademi award in 1987.

Sitanshu has been invited to recite his poems at many international literary fora in Paris, Berlin, Frankfurt, Stuttgard, Moscow, New York, Chicago, Los Angeles, Seoul etc and also in Delhi, Jaipur, Shimla, Chandigarh, Kolkata, Guwahati, Patna, Bangalore, Thiruvananthapuram, Hyderabad etc.
A Fulbright Scholar and a Ford West European Fellowship recipient, Sitanshu has a Doctorate in comparative literature from US and another Doctorate in Indian poetics from Mumbai. He has been a professor and chair of Gujarati at the MS University, Baroda, from 1972, and has been a visiting professor at the Sorbonne University in Paris & University of Pennsylvania. 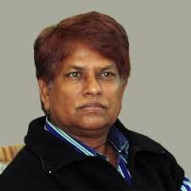 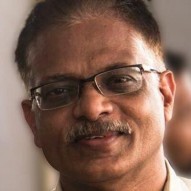 Gouridasan is a senior Kerala-based journalist with over three decades of experience. Currently, he is the associate editor and chief of bureau of the Hindu in Thiruvananthapuram. He is equally visible and active in the Malayalam electronic media, being a regular at live television debates and news programmes as an expert on the state’s politics and society.

The eldest son of prominent Malayalam writer, the late Vaikom Chandrasekharan Nair, Gouridasan has won many awards for his journalistic excellence. 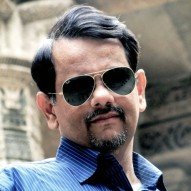 The Baroda-based Sachin is a bilingual writer, translator, editor and critic, with a collection of poems in Marathi and English. Apart from translating and editing an anthology of Marathi poetry titled Live Update, Sachin has also translated short-stories and poems from Gujarati and Marathi into English. He holds a PhD in translation studies and is currently a professor at the English department of the MS University, Baroda.

He has worked as a contributing editor to the New Quest, a journal for participatory cultural enquiry, from Mumbai. His style of poetry is hailed as “unusually paradoxical” as his poems are both too self-centred and outwardly at the same time. His works mostly reflect the world in an exceedingly personal way while his topics are mostly very mundane and un-poetic but written in an exceptionally imaginative way. 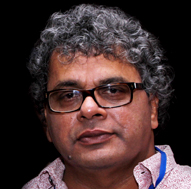 Prasannarajan is an editor and essayist who writes on politics, books and ideas. Having worked with the Times of India, the Indian Express and the India Today in the past, he currently edits the Open Magazine. He lives between New Delhi and London.