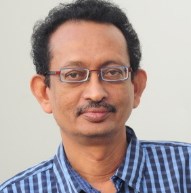 Apart from being the Festival Director, Mohan is an editor at the country’s largest rating agency Crisil Ratings. During his three decades in journalism, Mohan has worked with many newspapers, including the Peninsula Daily in Doha, and Bridge News, Observer of Business and Politics, Free Press Journal and the Economic and Political Weekly in Mumbai. He is also the publisher and editor or the Malayalam literary quarterly, Kaakka, (The Crow) from Mumbai. 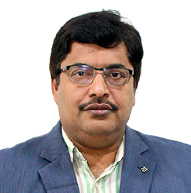 Sabari, as he is fondly called, has been a well-known business journalist in Mumbai with a decade-old stint in The Economic Times. As the executive director of the Gateway LitFest, Sabari makes sure that everything falls into place smoothly with his people-centric approach. He was instrumental in making the Kerala University Post-Graduate Campus Union, which he chaired in 1990, organise the God’s own country’s first campus culture festival called ‘Jamboree’ modelled on the lines of the festivals organised by the IITs. A recipient of the ‘Sachivotama gold medal’ for the best speaker of Kerala University in 1991, Sabari catches up with the latest trends in Malayalam literature and movies during his spare time. 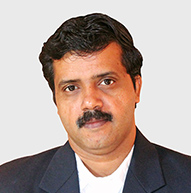 Joseph is the key `idea man’ behind the Gateway LitFest concept. His out-of-the box ideas have helped build the LitFest into a national brand in no time. Currently working as the CEO of P4C, the co-organiser of the event, he is constantly on the task to take the Gateway LitFest to the next level, by adding new features and products under the brand. During his 20-plus years of journalism career, he worked with the United News of India (UNI), Free Press Journal, Chronicle Pharmabiz, and Indian Communicator in different capacities like Senior Reporter, Bureau Chief and News Editor. A hardcore professional with creativity to the core, he has published several short stories in Malayalam during his early days. 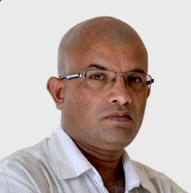 Bennychan is the Chief of Business Bureau at The Press Trust of India (PTI) in Mumbai. In a journalism career spanning more than 23 years, Ben, as he is popularly known, has worked with most of the leading financial dailies and magazines in New Delhi, before moving to the largest wire in the country in Mumbai. His in-depth understanding of banking, monetary policy, financial markets and the macro-economy enables him to put together articles backed by solid data and analysis. A keen observer of the socio, political and economic milieu, and an avid follower of the old school journalism, Ben holds strong views on issues impacting the world, especially the common man. As the Editor of the Gateway LitFest, this Post Graduate in Western Philosophy brings his incisive editing skills to the table. 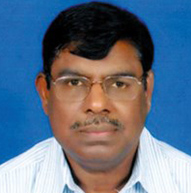 Surendra is a hardcore marketing expert by profession, having spent long years at India Today’s Thomson Press as country manager. But cultural aficionados in the city salutes him for his outstanding endeavours for promoting serious theatre culture. An actor par excellence, he also has acted in movies with award-winning Malayalam directors. As an active member of the Kerala Sangeetha Nataka Akademi, he has conceived innovative projects to boost the prospects of Malayalam theatre in Mumbai. At the Gateway Litfest, Surendra, with his superb organisational skills, manages the event flow with ease and poise.

Gopalakrishnan is a familiar face in Mumbai’s literary circles. His abiding passion for the arts, culture and literature propel him to share his vast knowledge and to support good literary events in the city. As an advocate, he is an expert in intellectual property rights and functions like a mentor and guide to the Team Gateway, providing strategic inputs for flawless event management. A stickler for perfection, this law graduate from the Government Law College, Mumbai, makes sure that the Fest works with clockwork precision. 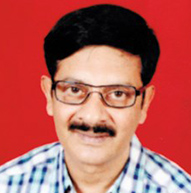 VKS is responsible for event management at the Gateway LitFest. His dedication and two decades-old stint as the administrative manager at Conway Printers come handy to complete tasks on time. Currently working as a top executive in a real estate firm, VKS is also a member of the editorial co-ordinator at the Malayalam magazine Kaakka. Despite his busy schedule, this Post-graduate in economics and management, makes it a point to contribute his mite towards the growth of Malayalam literary movement in the city. He also holds a Diploma in printing technology from GATF USA and short-term course certificate from Heidlberg Germany. 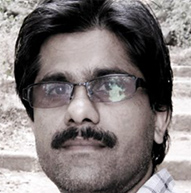 Santhosh, one of the noted names in the new generation poets in Kerala, started his literary journey with regular contributions to leading Malayalam literary publications. He has contributed to group poetry collections to date-Mumbai Nagara Kavitha and Kerala Kavitha. Kendra Sahitya Akademi’s Literary Survey Magazine has carried his poem –Paint Bottles in the Table Drawer. Collection of his own poems, the Panthrandu Nilakalulla Maram, was published in 2014. He is a winner of the VT Gopalakrishnan prize by the Mumbai Literary Forum. A skilful lay-out artist and organiser, he brings on table key expertise to the LitFest organising team. 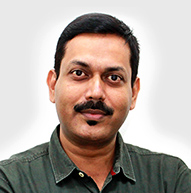 Unni as he is popularly known amongst the television fraternity, has travelled extensively across the country and abroad with projects & assignments as a producer with different electronic media houses. With a combined experience of over 18 years in the media industry, Unni started his career with India’s first Malayalam satellite TV- Asianet. Thereafter he has had several successful stints with National TV channels like Star, Sun Network, and ETV by incubating and producing mega programs in India & abroad. Unni is an avid reader just about everything. Though not for publishing, Unni writes frequently about the general conditions prevailing in the country.

A medical professional-turned-animator, Jino is multifaceted. Having joined P4C in 2015, he has set up and developed the Creatives Vertical of the new-age communications agency. Apart from his addiction to spend hours to create something marvelous, he is fond of travelling and cars. He puts quality into good use when it comes to client needs as he offers them multiple options to choose from. With a steady head on his shoulders he keeps his mind open to anything that comes on his way, helping him to be more varied and vigilant. A multifaceted person, he also dabbles in web-designing, computer hardware and office system integration. At the Gateway Litfest, he designs everything—from the GLF Circle to the Official Brochure and other communication materials.