Have book covers changed in the age of e-books and Bookstagram? - gatewaylitfest.com

These days covers trend on social media long before the book arrives. Has the art of cover designing changed in the age of e-books and Bookstagram?

In May last year, Penguin Books announced the launch of the Pelican Shakespeare series with covers by the Oregon-based artist and designer, Manuja Waldia. Approaching the classics in a contemporary manner, the series has linear and geometric cover designs. For instance, The Tempest has an angry Prospero as a wave himself: at the tail end of this wave writhes a ship, about to be wrecked. Prospero has a country for his crown.

This cover is minimalist in design, yet perfectly sums up the play by highlighting Prospero’s hand in directing the plot. 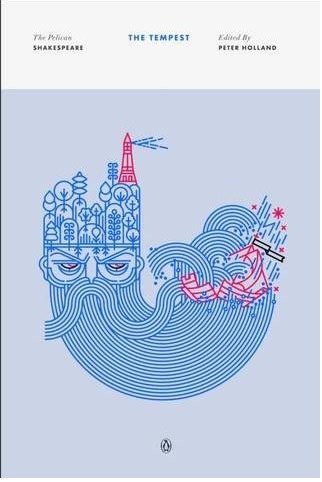 There’s more: is Prospero, for all his philosophical talk of abdication, actually guided by his desire to regain control over his lost duchy, as symbolised by his crown, which he wears like a part of his body? When I ask Waldia how she achieved this startling effect for a work that has seen innumerable editions, she says simply: “I think the minimalistic symbols-based approach was a fresh way to repackage these covers which have been repackaged thousands of times… the overall images are vague enough for the reader to project their interpretation on them.”

Covers are doors to books: as Waldia suggests, they talk in symbols, and so hit us much before we take in the written word. For

instance, the cover of The Pisces by Melissa Broder released last year shows a woman in a passionate embrace with a fish. Coming as it did just after the success of The Shape of Water at the Oscars, the book became an instant bestseller, not the least because of its suggestive cover. However we may protest to the contrary, we do judge and remember a book by its cover. As such, covers control the crucial decision on which the industry runs: whether the reader will take the book to the sales counter or ditch it. These days, covers are ‘revealed’ on social media much before the book is out, which tells us something about the importance publishing houses accord to covers.

The cover of Amitav Ghosh’s forthcoming novel, Gun Island (Penguin Random House), is already on the web. The intriguing cover has a cobra slithering on a dark background, with sprigs of flowers that seem to have blossomed out of its skin. Ahlawat Gunjan, the creative head of Penguin Random House, who designed this cover, describes the process thus: “The plot is so gripping and Amitav’s writing is so addictive, I read the manuscript twice. I read it once from the back and once from the beginning. The former offered me the elements to pick without knowing the plot while the latter helped me string the elements together. And after days of elimination, I, along with the publisher and the editor, arrived at the most critical element of the book, the king cobra. We got a botanical illustrator to illustrate it. The cover art was integrated with simple and classic font to arrive at something strong. Amitav instantly loved the cover and since then, it has become an international success with Germany, the U.S. and Canada also using the Indian cover.”

The drill, however, doesn’t seem to be this smooth for all designers. Given the pressures of trade publishing, with hundreds of books churned out each year by individual publishers, more often the designers have to start working when the writing is still in progress. The process, like much of our regular jobs, can be a tad mechanical, quite different from romantic notions of artistic work.

inspiration, search on image libraries, museum or gallery collections or start looking at photographers or illustrators who might be appropriate to work with. Then I lay out the text in the correct format and start dropping in imagery and start playing around. The authors are always welcome to contribute, some do, some don’t.”

Some of Morris’s covers include the 2018 JCB prize winner, Jasmine Days and Amitabha Bagchi’s much-acclaimed Half the Night is Gone, both published by Juggernaut. The covers have a classic simplicity — with the figure of a dark, angry girl for Jasmine Days and of a blue-tinged huge old house with lighted doors for Half the Night — that is mysterious at the same time. They beckon you in, asking you to find out the secrets within the pages. 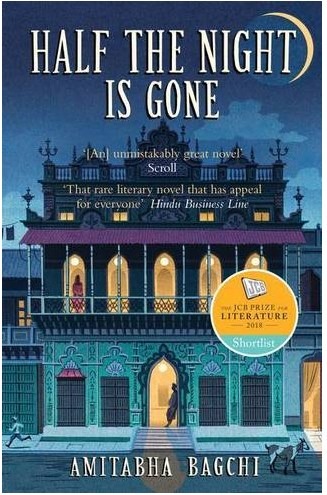 A tacky cover, on the other hand, can keep readers off even a well-written book. Zac O’Yeah had complained about the cover of Ankush Saikia’s detective thriller, More Bodies Will Fall, in these pages, saying that the novel deserves a far larger readership than what the cheap artwork it is packaged in might encourage.

Creative licence presumably has a greater role in designing fiction covers: for non-fiction, the cover must make immediate sense. Morris talks of designing Rajat Gupta’s memoir, Mind Without Fear: “It was about finding a great image of him during his trial that conveyed what a trial does to someone. He looks strong, resilient and determined in the picture we chose. We went through plenty of images of him but they weren’t right, till we found the one that was true to the tone of the book.”

Do these criteria change when it comes to designing children’s books? Sayoni Basu, who runs Duckbill, says: “The only real difference in designing covers for children is that adults are often mediators in the process of selecting the books, whether it is the parents at the bookshop or the librarian in the school. So I think the conscious decision which the designer has to take is whether attracting the reader is more important or attracting the gatekeeper. For us, it is always the child’s attention which is more important.”

Two of her favourite recent covers are of Year of the Weeds by Siddhartha Sarma and Pops! by Balaji Venkataramanan. The former, designed by Sunaina Mehrotra, subtly uses elements of Gond art since the book is about a Gond boy. There is nothing ‘childish’ about the cover: featuring two drooping flowers in shades of slate and withered yellow, it has a mature feel that is sure to appeal to the target audience of teens, “who are practically adults or certainly consider themselves almost adult,” as Basu says.

Pops!, the story of a young boy’s trauma as a result of his parents’ separation, has stick figures on its cover (designed by Ayushi Saxena): the effect is humorous and poignant at the same time.

The covers also remind you of the importance of font in cover design: the headline font of Year of the Weeds imitates the wilting flowers, adding to the atmospherics. We do associate subjects with particular headline fonts: we would expect something staid on a scholarly book, for instance.

When Satyajit Ray was working as a designer and illustrator for Signet Press in Kolkata, he had created some astounding avant garde, font-heavy covers to match the avant garde Bengali poetry being printed. If we don’t usually see such radical cover designs these days, we can blame the increasingly aggressive market forces which prioritise saleability over art.

In this Insta age, is there a pressure to make covers more in-your-face, I ask the designers. Most of them demur: Gunjan says that as long as a cover does its job of communicating the book’s message with the right visual clarity, one is not worried about whether it will be seen in print or on screen. 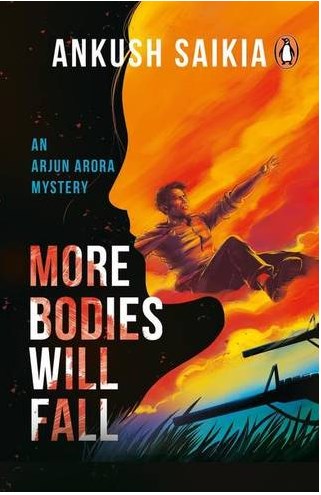 Juggernaut designs both print and digital titles: Morris says, “The print ones still need to look good online, you see them small, on your phone or laptop screen, so they have to be highly legible. The digital-only titles aren’t printed so all the colours can be intense RGB, I think rather more playful, in the best possible way light, again very legible, no point in having lengthy quotes in small print or logos because you can’t read them.”

Given the amount of effort that goes into designing covers and given how important they are in directing sales, it’s a pity there is hardly any award for cover design. In an exception, Kolkata’s Oxford Bookstore has been giving out the Oxford Bookstore Book Cover Prize since 2015. In the second year, the award went to Pinaki De for Kunal Basu’s Kalkatta: the striking black-and-white cover has a crouching man with the head of a mongrel dog. Talking about how he arrived at the idea, De says, “I developed the idea slowly. Initially, the dog was more violent. I toned it down to make it more melancholic. This is Jami’s [the protagonist’s] ‘Kalkatta’ — vicious, unsparing and unsympathetic.”

De is professor of English in a college near Kolkata and freelances as a graphic illustrator, comics artist and designer. Not being part of the market machinery presumably gives him more flexibility as an artist. His description of the process of designing covers is very different from Morris’s.

He says, “My favourite covers are all made during my daily train commute between home and work. I plan meticulously but the best work is always an epiphany. I think deep reading triggers those moments. So good cover designers may be great artists but great cover designers are always insightful readers.”

De wishes to make book cover design a part of academic studies so that more and more students are inspired to ‘read’ a cover like they ‘read’ a book, looking for hidden imageries. “I have always believed that good covers are not only aesthetically pleasing but are mirrors to the words nestled within,” he says. “Until a cover successfully reflects the content of the book, it fails to be part of the book’s ideology.”