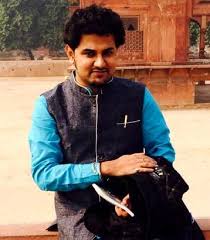 The Gayatri Gamarsh Memorial awards 2016 for literary excellence has been presented to Professor Sujay Dutta in Bengali category and Sonnet Mondal in English category. Lagnajita Mukhopadhyay who was selected as Southeast Regional Youth Poet Laureate was given honourable mention in English category. The award is funded by The Ananda Mandir Trust based in New Jersey, USA and is decided by a special committee chaired by Pronoy Chatterjee.

Since 2011 the award primarily recognises two authors — one writing in Bengali and another writing in English. The award is given each year in the fall to an accomplished writer in Bengali and an Indian English author whose recent stories, articles or poems have appeared in major North American Publications.

Sujay Dutta was awarded for for his creative and skillful story-telling. Sonnet Mondal was awarded for brilliant and multilayered interplay of ideas and imagery in his poetry. Lagnajita Mukhopadhyay was recognized for giving voice to the agonies and aspirations of today’s youth.