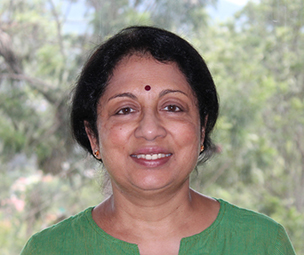 People love to tell you that you’re wasting your days and quite often your nights. While struggling with lumpy translations and anxious author­translator duos I also have to listen to: “Isn’t the Dalit boom nearly over?” or “Isn’t writing about Dalit writing as important as the writing itself?” Well it would be a pity if that happened and the writers shuffled away to occupy row two.Lit­crit however smart will find it difficult to match the voltage of “With lava from my belly I will script a new geography” (Bichitranandan Nayak /Odia/ Raj Kumar). Fierce. Powerful. Accusatory.

In a market that is never stable, where mush and voyeurism of different kinds are rocketing, and smart is mistaken for great, where non-­ writers are being promoted so hard that the border between literature and pop­lit is blurring, (“What’s your next book about? I’m currently working on my fourth novel.”) how are we to position English translations of writings by Dalits? There are wrinkles on this page: why is there such a category in the first place? The notion of purity = superiority = civilisation = social control was a useful little arrangement that dominant groups (the Essenes, the Jews, the Mandarins, the Samurai and similar communities in other parts of the world) all liked. They succeeded in convincing large sections of people that they were inferior and therefore deserved to do all the dirty work to keep their betters comfortable. A part of this plan (and it was well publicised) was to uphold a state of ritual purity which excluded people who couldn’t afford to stay indoors with unsoiled hands; For obvious reasons, it also excluded women. Unfair and generational ill­ treatment inflicted psychological damage which can never be quantified. “No difference between a Cherumi, a low­caste, crow and a buffalo” was a saying in Kerala courtyards that poked fun at human beings who spent the day in the shade of the sun. From Odisha comes more wisdom, “No amount of mud from the Mandakini can turn a pig into a cow.” When voices long suppressed emerged to challenge the canon of literature created by non­Dalits, it was resisted by nearly everyone who headed a regional­language publishing unit in India. However, “Will you deny this sunrise?” asked Sharan Kumar Limbale (Marathi/ trs Priya Adarkar) announcing, just before the Ambedkar centenary, that marginalised literature did not mean that their content was marginal. If the visibility of writing by people from the invisible sections of Indian society was feeble, it was not for want of creativity. It was because there was a strong impression that literature in order to be ‘Literature’, had to be written, had to be printed but writers and themes that had long occupied centre­ stage were slow to make way for Dalit writers because history was against the latter.

Most non-­ Dalits are still not even curious about what it is like to be displaced in one’s own country. Perhaps it is also the reason why there is no nationally networked publishing house run by Dalits and though some 30,000 titles in English are published every year in India, this same publishing industry has almost no Dalits in the editorial sector. Where would they collect the experience they need to set up on their own? Fortunately not everyone leaned on the locked side of the closed door. Once the newness of the language and life­stories from the regional languages reached English ­language publishers either directly or indirectly, the political and emotional impact of experiences hitherto unknown and therefore unavailable began to move into spaces that had never been exposed to them before and when they did, they changed the way established literatures were viewed. Dalits across India connected through English, which Chandra Bahn Prasad recognized as a goddess and for whom he built a temple. Just as Dalit language and Dalit voices began their long ascent to modify the way they were viewed something happened and took everyone by surprise: this unfamiliar sound in the literary echo­ chamber received a tremendous response outside India and set off a huge buzz, confusing and elating everyone. Dalit experience fused with resistance movements and subalternity the world over, and suddenly Indian academics who might not even have spoken to Dalits, much less treated those on equal terms with them began to write knowledgeably about Dalit narratives.

Big things have small beginnings Twelve years ago Navayana launched itself in a corner of Landmark Bookshop in Chennai on four small volumes. While the monsoon pounded the city and the chief guest was predictably late, the irrepressible founder editor S. Anand, to mark time, kept repeating what the imprint was about. Navayana was a new vehicle. One of those really new books (Touchable Tales) to which Anand wrote a blistering introduction, comprised interviews in which opening batsman and the imprint’s co­founder Ravikumar hit publishers all over the field saying they were profiteering from Dalit stories of pain in English translation (“The prioritization of Dalit autobiographies by mainstream publishers can induce some Dalit writers to pander to these powerful people… literature of suffering and not of challenge and protest takes writers to literary festivals”). I limped away and avoided Ravikumar for six years. Then, one day, I got even: I persuaded him to be the joint editor of the Oxford Anthology of Tamil Dalit Writing (2012) which has done very well. It carries writers like Annamalai Imayam who have always disliked being labeled ‘Dalit’ (“Do you call Mr/Ms. XYZ a Brahmin writer?” he argues) and other Dalits who — for the same reason — refused to be included. Publishing (translations) is about exclusion and inclusion. For every translated script that makes it through the gateway at least 50 are set aside. Add to that the fact that most publisher­ editors do not know an Indian language well enough to read, first hand, political, or critical discourse in it and you have a situation where crucial information never reaches decision makers directly. Then there is the language itself which is earthy and just a breath away from orature. While discussing selections for the Oxford Anthology of Malayalam Dalit Writing prime editor M Dasan said, “Some things will just disappear on the printed page or look ludicrous in translation.” I tried to persuade Dasan to carry a failed translation in his introduction on orature by printing the transliteration and translation and explaining how impossible it was, to translate. But that idea fell off the page. A generation ago writing by Dalits was considered unfit to print. Today, many — particularly students — are reading them with a sense of shock and finding out that the world’s biggest informal arrangement of slavery had been, for centuries, not only well and alive in India but also taken for granted as being in the fitness of things.

One of the debates about Dalit writing is whether the prevailing mode of publishing of them is promoting a single story, thereby exciting and inviting pity or whether they also empower and repair. As we know, the problem with the “single story” is not that it is untrue but that it is incomplete. To gain a certain measure of self­hood through the slow process of writing, translating, publishing, being read, discussed, thought about — calls for patience, perseverance and hard work; in short, years of planning. So…though my head is both bloody and bowed, there is a lot more beyond the boom to explore and many writers waiting to be translated 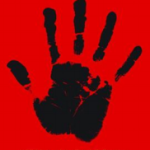 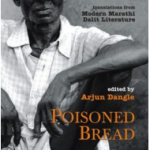 Courtesy : The Hindu Group of Publications