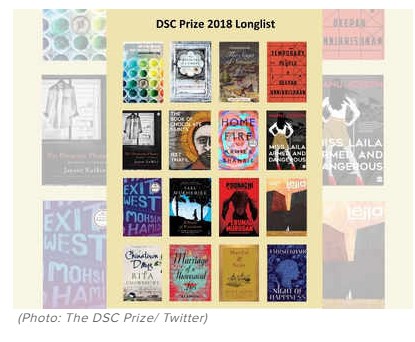 The longlist, announced in New Delhi on October 10, features books by six women authors and three women translators, and two debut novels. It has four translated works where the original writings were in Assamese, Kannada, Tamil and Hindi.

Among the books in the longlist are: All The Lives We Never Lived by Anuradha Roy; The Ministry Of Utmost Happiness by Arundhati Roy; The Saga Of Satisar written by Chandrakanta, translated by Ranjana Kaul; Temporary People by Deepak Unnikrishnan; No Presents Please written by Jayant Kaikini, translated by Tejaswini Niranjana, and The Book Of Chocolate Saints by Jeet Thayil.

The list was announced by historian-academic Rudrangshu Mukherjee, who is the chair of the jury panel. The other members of the jury are Nandana Sen, Claire Armitstead, Tissa Jayatilaka and Firdous Azim.

Mukherjee said it was an “exhilarating and exhausting exercise” for him and his fellow jurors reading 88 books and then preparing the list. “Writers were willing to experiment with form, with unusual themes and to express themselves with elegance,” he said.

The jury will now deliberate on the longlist over the next month and the shortlist of five or six books will be announced on November 14 at the London School of Economics & Political Science (LSE) in London. The winner would be announced at a special award ceremony to be hosted in a South Asian city in January or February.

“I find the longlist exciting and feel that each of the novels is a must read as they successfully bring out the nuances and challenges of the ever evolving South Asian life. It is heartening to note that this year’s longlist of 16 novels includes 4 translations which highlight the language diversity of the writing about this region,” said Surina Narula, co-founder of the DSC Prize.

The announcement was preceded by a special panel discussion on translations in South Asian writing where noted translators Rakhshanda Jalil and Arunava Sinha were in conversation with academic Amrita Bhalla.

The DSC Prize specifically focuses on South Asian writing and is open to authors of any ethnicity or nationality as long as the writing is about South Asia and its people.