A Novel That Roiled India Is Now Translated Into English - gatewaylitfest.com 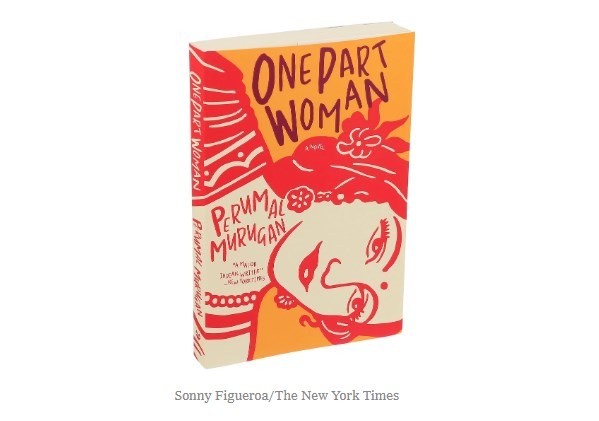 In 2015, the Tamil writer Perumal Murugan committed literary suicide. “Perumal Murugan the writer is dead,” he posted on his Facebook page. “Leave him alone.” He instructed his publishers to stop selling his work and readers to burn his books.

For months, he had been hounded by right-wing Hindu groups that had latched onto an old novel of his, “One Part Woman” (2010), about a religious festival in which childless women were permitted to sleep with men other than their husbands, in the hope of becoming pregnant. There would be no stigma; for one night, all men were to be considered gods, and any child conceived semi-divine. Although Murugan insisted he found evidence of the practice in his home state of Tamil Nadu, fundamentalists organized an efficient campaign accusing him of dishonoring Hindu women. The book was torched in the streets, and there were calls for a ban. Officials coerced an apology from the author, who was eventually forced to flee his village altogether. He became, he said, “a walking corpse.”

In a benchmark ruling, however, the Madras High Court in Chennai, India, upheld Murugan’s right to free expression. He came back from the dead — and into the glare of sudden publicity. Five of his books are being translated into English, among other languages. The combustible “One Part Woman,” translated by Aniruddhan Vasudevan, has just been published in the United States.

For all the commotion it caused, it feels shockingly tame. Set about a century ago, this simple story with a powerful undertow centers on a couple, Kali and Ponna, living in a small farming community in the Kongu region in south India, where Murugan’s books are usually set. Even after 12 years, they remain madly in love and erotically bound up in each other (much to the annoyance of their neighbors). “Ponna’s body just dragged him into itself and presented him with whatever he needed,” Kali thinks. “It even gave, volitionally, what he did not ask for, what he did not even know existed.”

But they cannot have a child. They scan their family history for curses — was it that ancestor who so barbarously raped a young girl in a forest? Or another one who cheated in a village competition? The couple perform every act of expiation they can imagine, obey every superstition, worship at every shrine. No god seems to hear them. Years pass, and their isolation grows. Neighbors begin to taunt them and won’t accept Ponna’s help in the fields. “That barren woman ran up and down carrying seeds,” one of them says. “How do you expect them to grow once she has touched them?” Desperate measures are suggested by the couple’s extended families: Will Kali consider taking another wife? Should Ponna participate in the temple ritual in which childless women sleep with strange men, understood to be deities?

Jealousy arrives in their marriage. Sex turns violent and cruel. “Seeking a life, we have pawned our lives,” Ponna says. 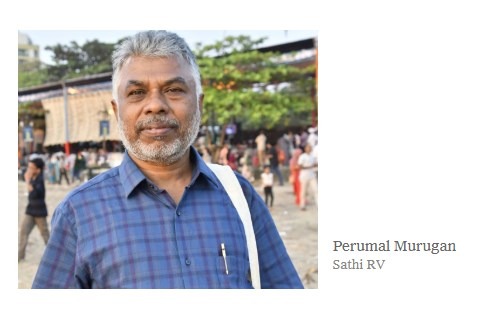 Murugan’s extensive body of work (10 novels, 10 works of nonfiction, several collections of poetry and short stories) has always been inspired by social issues in his community. “Resolve” addresses sex-selective abortions, “Pyre” is the story of an intercaste marriage (like Murugan’s own), “The Misanthropic Bird” is about land and caste.

But Murugan works his themes with a light hand; they always emanate from his characters, who are endowed with enough contradiction and mystery to keep from devolving into mouthpieces. Kali, in “One Part Woman,” is a perfect example. He is a man who makes things grow — plants and small animals flourish around him. That is, of course, what he tells us. Murugan allows us to see what Kali cannot, how steeped he is in a world where other forms of brutality are common, even banal — his beloved uncle, for example, secures his right to land by threatening to rape his brothers’ wives, a fact Kali reports to us rather serenely.

If terror is bound up in customs, there are glories in the land. Murugan is the son of farmers; he grew up closely with his family’s animals, especially the goats. “I knew their birthing and growing rhythms as my own,” he has said. Trees in the book are described with patience and gravity, treated as characters in their own right. Kali roamed every inch of the forest as a boy — he feels one with it; only as an adult does he even realize it is a separate entity.

It’s not just the physical world Murugan describes so vividly — the way a cow clears its throat, for example — but the rural community, a village of 20 huts and a thousand ancient resentments, where there is no privacy and your neighbor’s suffering can serve as your evening’s entertainment: “There are folks who go out of their way, first thing in the morning, to make sure they have a nice fight to watch.”

“Folks” is a bit jarring here, and just one of the tin-eared choices of the translator. At times, Vasudevan capably conveys the distinctiveness not only of Tamil but the language of a farming people — the insults (Ponna: “Let her come. I will scoop the life out of her!”) and the particular metaphors (Kali is a light sleeper — “his was a chicken’s sleep”). But too often Vasudevan resorts to bland, anachronistic English clichés — “testing the waters,” “leaving no stone unturned.” To borrow a (stronger) expression from Murugan himself, it’s like coming across a small stone in rice.

Murugan has emerged from his trials chastened. “A censor is seated inside me now,” he has said. “His constant caution that a word may be misunderstood so, or it may be interpreted thus, is a real bother. But I’m unable to shake him off.”

To write about men, let alone gods, still seems too risky; the first novel he published after the controversy was the biography of a goat. I’m hoping for a whole shelf of books from this writer, and to see him restored to his former spirit and sense of mission. In the court decision in Murugan’s favor, the judge wrote: “Let the author be resurrected to what he is best at. Write.”