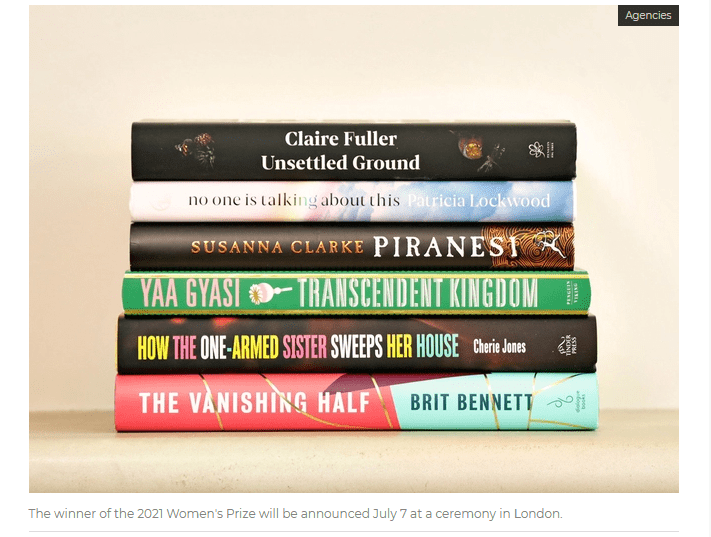 LONDON: Novels that explore forgotten and neglected communities in Britain, the U.S. and the Caribbean were named finalists on Wednesday for the 30,000 pound ($42,000) Women’s Prize for fiction.

The six-book shortlist includes American author Brit Bennett’s tale of twins who take different paths, “The Vanishing Half,” U.S. writer Patricia Lockwood’s social media satire “No One is Talking About This” and “Transcendent Kingdom,” a story of African immigrants in Alabama by Ghanaian-American writer Yaa Gyasi.

This year's #WomensPrize shortlist is about to be revealed!

Booker Prize-winning novelist Bernardine Evaristo, who is chairing the judging panel, said several of the novels depicted “communities that aren’t really written about in fiction” and tough subjects such as domestic violence, addiction and depression.

“But they’re not miserable books,” she said. “They’re all really beautifully crafted stories. … They’re not lightweight, but they are a thrilling read.”

Founded in 1996, the prize is open to female English-language writers from around the world. Previous winners include Zadie Smith, Tayari Jones and Maggie O’Farrell.

Only one of this year’s finalists, Fuller, has published more than two books. Bennett, Clarke and Gyasi are nominated for their second published novels, while Lockwood and Jones are debut novelists.

Evaristo said the five judges “weren’t looking at whether they were debut novels. We weren’t even looking at the authors. It was the books, and whether the books spoke to us.”

“I think it might speak to the fact that perhaps there aren’t as many older women writers who have had long careers getting published,” said Evaristo, who won the Booker Prize in 2019 with her eighth novel, “Girl, Woman, Other.”

“There always seem to be lots of debuts around, but sustaining a long career is something that’s perhaps harder to do.”

The winner of the 2021 Women’s Prize will be announced July 7 at a ceremony in London.