Through the universe’s secrets - gatewaylitfest.com 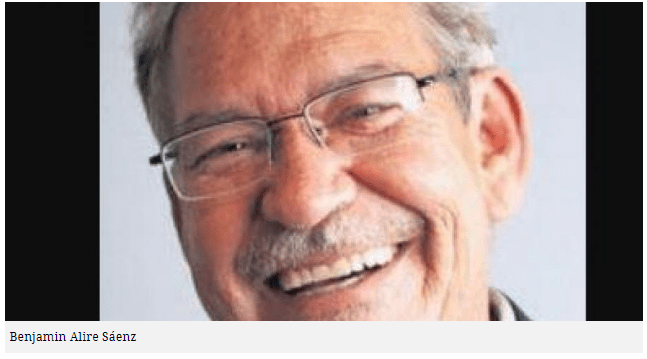 BENGALURU: It was that time again in fifteen-year-old Ari’s life – summer. It comes with many changes. For one, he can always wear his favourite T-shirt, a birthday gift from his father, though it is torn. Aristotle and Dante Discover The Secrets of the Universe is a book that no one can hate, for the sheer positivity between its lines. In the hands of writer Benjamin Alire Sáenz, the two teenage boys from El Paso, Texas, come alive in the sweltering Texas summer.

It is also simultaneously a love story with roots of deep friendship and family, and a journey to one’s own culture, body and sexuality. In rhythmic poetic prose, Alire Sáenz shows us the becoming of two sweet teenagers. Dante is a dreamer, is sensitive. He loves and breathes poems. Ari is riddled with self-doubt and has a hard time articulating his words. Their families are also different.

Dante comes from a loving family while Ari’s family prefers to hide everything under the rug. Ari’s brother is in jail, and he still doesn’t know why. His father suffers from PTSD after returning from the Vietnam War, another thing they never talk about.

They become friends, have fights, finds love and discover the secrets of the universe. It wasn’t easy for two Mexican boys to find love in Texas. It was difficult for Alire Sáenz, the poet and novelist, to let go of these two characters too. After nine years, he has announced the sequel to his seminal novel. The book, Aristotle and Dante Dive into the Waters of the World will release this fall.