The Indian horror story: on Ghosts, Monsters, and Demons of India by Blaft Publications - gatewaylitfest.com 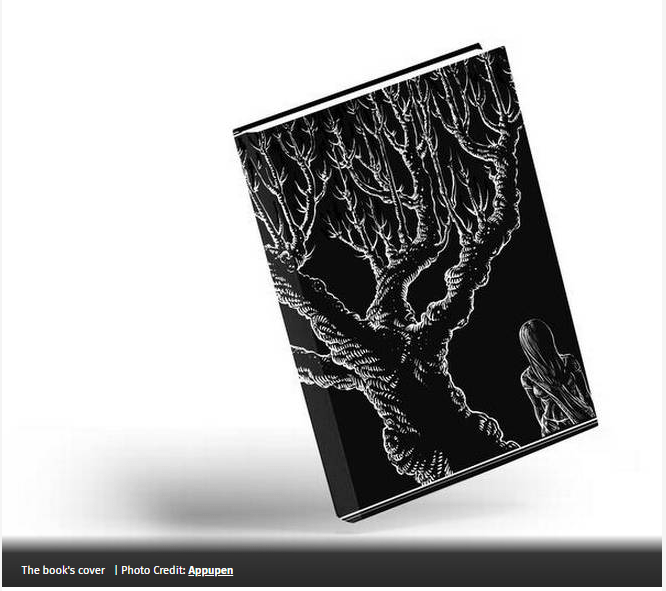 There is so much we don’t know about the supernatural. So, Blaft Publications’ Ghosts, Monsters, and Demons of India takes you where most fear to tread

I have a confession to make. I’m a scaredy-cat.

There are many things I am scared of, but my fear of the supernatural trumps them all. This can be traced back to my childhood, when my sister would narrate Stephen King novels to me at bedtime, sending me into a spiral of tears, shakes and the occasional fever. After a stirring read-aloud of Cujo, my mother was forced to paste a godly sticker on my headboard, promising that nothing bad would happen to me. The sticker stayed there for the next decade, as I took perverse pleasure in scaring myself by watching everything from It to The Exorcist. My MO was (and still is) to watch anything mildly terror inducing in the middle of the day, on mute, with all the lights on and the curtains wide open.

So I was rather bemused when I received Ghosts, Monsters, and Demons of India written by J Furcifer Bhairav and Rakesh Khanna, from Blaft Publications. I won’t lie, while reading the book I did look over my shoulder, half hoping to see a sticker there to watch over me. What if I came across the detached head of an Ahmaw, a jealousy demon from Mizoram, rolling about in search of food? Or a Kaniyam Pey, that lecherous male spirit from Tamil Nadu? Though, maybe, I am too old to warrant the latter’s attention.

Reading the book was an eye opening experience. I had no idea there were so many ghosts, monsters and demons roaming the forts, forests and railway stations of this country. I’m sure if I had tried to name all the supernatural species I knew of before I read the book I wouldn’t get past 10 names. Ghosts, Monsters, and Demons of India has 353 entries (722 if you include subtypes), some of which are accompanied by striking black-and-white illustrations by artists like Appupen, Shyam, Priya Kurian, Rashmi Ruth Devadasan and Vidhyun Sabhaney.

The anthology includes short stories, poetry, myths and more, and beautifully balances the macabre with the whimsical, the eerie with the humorous. While the alphabetical categorisation gives it an encyclopaedia-like feel, the writing is far from pedantic. It is this matter-of-fact style of writing and the humour in the book that I particularly enjoyed. Under B for Bhoot, for example: ‘They can also attack by choking, or by magically removing a person’s liver or kidneys. This is done without leaving any mark on the skin (which tends to be perplexing for the doctor performing the autopsy).’

The book has been in the works since 2016, and Misha Michael, who edited the anthology, wanted to keep its tone conversational. “The idea was to succinctly capture serious, spooky, or silly elements of each character,” she says.

Khanna, who includes Edgar Allen Poe, Nosferatu and the 1963 version of The Haunting as early influences, agrees that there’s not enough known about Indian ghosts. “It is a little weird for English-speaking Indians to grow up knowing all about vampires and phoenixes, but not much from India beyond your basic rakshasas and jinns. So we decided to try to compile everything we could find and make a comprehensive list.”

Know your pey from your aavi

The authors have taken pains to point out the nuanced differences between species (how remiss of me to use pey, pisasu and aavi interchangeably), and it also draws attention to the connections between similar apparitions from different regions. Khanna cites the example of a hunter-ghost from Kumaon called Airi, who has eyes on top of his head and venomous spit. “It seems to be almost the same entity as the spectre huntsman in Malaysia called Hantu Pemburu. It is very curious to me how this fellow got from Kumaon to Malaysia without leaving a footprint in between!”

While I enjoyed the entertaining stories around familiar names (in 1901, a man in Changanacherry, Kerela, was said to have 100 kuttichathans, or mischievous demons, running errands for him), it was my introduction to the Northeast’s rich pantheon of spirits and demons — from the monstrous Baak to Garo mythology’s shapeshifting mermen called Buga — that I found fascinating.

“The supernatural has more of a presence in oral culture, folklore and urban legend in the region,” affirms Assamese author and translator Annanya Baruah. Her translation of the well-known children’s poem Kumpu’s Dream by Jyoti Prasad Agarwala features in the book. In the poem, a child tells her mother how she saw two baby bhoots and jhokinis twirling and whirling, giggling and singing. It seems sweet enough on the surface but I detected a slightly menacing undertone. “The book subverts the general belief that all ghosts are blood-thirsty intellectual predators or strategic planners,” says Michael, who counts the stories about ghosts that could be easily fooled or tricked such as Naale Ba Boota amongst her favourites.

It is this thread of diversity and inclusion — who knew one could use that phrase with regards to the supernatural — that makes the book extra special. Khanna hopes that through it, readers will look “beyond the nationalist tendency to promote a very narrow, monolithic view of what Indian religion is supposed to be, and step back and look at the tremendous diversity of ideas and stories around evil, death, the supernatural, and the afterlife that we have in this country.’

In a year where our worlds have shrunk to the size of our computer screens and mostly restricted to the four walls of our home, Ghosts, Monsters, and Demons of India provides a much-needed escape to an entirely different kind of world. And whether you already have an interest in the subject or are approaching the book as a card-carrying scaredy-cat, you’re sure to find something in it that will make you laugh, wince and, yes, look over your shoulder.

Ghosts, Monsters, and Demons of India, from Blaft Publications, is priced at ₹995.