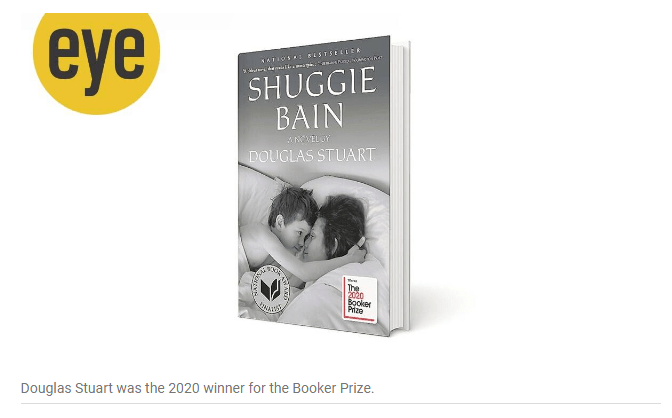 A look at this year’s Booker prize-winning novel and its debutant author, Douglas Stuart

From a line-up that headlined diversity by featuring first novels, women writers and writers of colour, among others, Shuggie Bain by Scottish-American writer Douglas Stuart has won this year’s Booker Prize. Here’s a look at the book and its debutant author:

In the autobiographical novel set in Glasgow in the 1980s, Shuggie Bain follows the life of Shuggie, an impoverished boy struggling to look after his single mother, Agnes, an alcoholic, even as he grapples with his sexuality. Despite its grimness and squalor, the book — dedicated to Stuart’s mother, who died when he was 16 years old — brims with tenderness and filial affection. Stuart, 44, who grew up in Glasgow under similar circumstances, has said it was love, hope and humour that helped him process his childhood trauma.

The novel is Stuart’s first book. Three other debut novels — Burnt Sugar by Indian-origin writer Avni Doshi, The New Wilderness by Diane Cook and Real Life by Brandon Taylor — featured in the six-book shortlist. Doshi’s and Cook’s novels also revolve around themes of filial attachments. In his Booker Prize acceptance speech, Stuart said, “I’m absolutely stunned…First of all, I will like to thank my mother…my mother is on every page of this book — I’ve been clear, without her I wouldn’t be here, my work wouldn’t be here.”

In Stuart’s novel, which took him nearly a decade to write, was rejected by over 30 editors before it was accepted by publishers Picador in the UK and Grove Atlantic in the US. After its publication, it drew fabulous reviews, that included comparisons with James Joyce and DH Lawrence. Besides the prestigious Booker Prize, Shuggie Bain was also in contention for two American awards — the National Book Award for fiction and the Kirkus Prize. Margaret Busby, chair of judges, Booker Prize, described Stuart’s novel as a book destined to be a classic — a moving, immersive and nuanced portrait of a tight-knit social world, its people and its values…”

Stuart came to writing late in life. After graduating from the Royal College of Art in London, he moved to the US to study fashion design in New York. For over two decades, he has worked with fashion houses such as Banana Republic, Calvin Klein, Gap and Ralph Lauren. After the award, he hopes to become a full-time writer.

Stuart is only the second Scotsman to win the £50,000 Booker Prize. James Kelman won it in 1994 for his How Late It Was, How Late. Stuart has said that the book was a huge influence on him.

At the award ceremony, Stuart revealed that his second novel was already ready for publication. Titled Loch Awe, the book is also set in Glasgow.