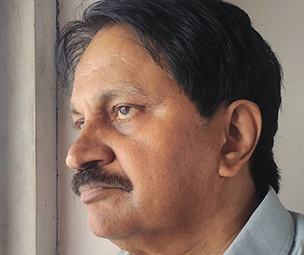 Every other hour, periodicals, HTML texts online, visually driven online scrolls breaking news are abuzz with malady after hazard…  Foreign news agencies need no truths. They clamour for pictorial impossibles like explosions, disasters and the works… from regions of under development. Here, smart phones neighbor Malaria or Rat Fever infection.

Frontier technologies rub shoulders with BPL ration cards. Well-fed elite in wintery transnational cars read Wall Street Journal one second and Deconstruct Marx the next, drinks coke and coffee intermittently…. Back at their work-stations, they disgorge erudite papers to stay relevant in high-brow scientific journals with definite purport and not necessarily purpose.

Whoever predicted the nascent age under compulsion from distant geo-political power regions would import 360 degree homogenous ambience in culture and what not, is wrong. Like morbid mortals perched precariously on fledgling ropeways look back in panic to realize with alarm that they are neither here nor there. And find themselves projected into a primordial void.

Kids concentrate hard for a detour, on digital games and at last they have recovered sans molecules from the ever restless attention deficit problems they were treated for. (Now that they are hooked abusively on to games with obsessive over-focus)

More often than not, they spell out names of trees, grassfields, flowers and fruits pictorially. The ‘brick & mortar’ flowers have ceased to bloom and spread splendor. Six year olds remind one of reclusive writers scared of the oppressive world. Snatched away from smart phones they are victims of separation anxiety from things digital. No more care giving in cosy families where parental concerns should have called the shots. Fear of day light among kids bewilder commoners, who are startled by hospital invoices.

Cubic meters of rivulets, waterfalls, rivers, streams, lakes…. on their way to Mother Ocean, cry out for man’s (man embraces woman) gaze. In the pupils of his eyes, the trees, mountains and oceans aspired to mirror their reflections. No way. Nature now lives a purposeless life. Nature becomes existential and asks ‘Why do we exist?’

Mangoes jackfruits, coconut and country fruits fall down to no takers among kids and adults. Where are the squeaking squirrels and the woody wood-peckers gone! An occasional birds sings not rejoicingly but recreate a requiem of sorts like a maestro, with atonal lack of feeling.

All theory and no practice make babies out of left leaning scholars. The right of centre ones chew the cud with evanescent complacency.

Local arts thrive. Analysts at Business consulting groups and such other financial ‘gurudoms’ look baffled. Since their theories no longer fit the prediction that 360 degree homogenous ambience is a sure product of porous trade boundaries. Levi Straus (not the philosopher) has reason to worry. They emerge from zero bacteria labs with crestfallen faces. No global. No glocal. Only local. Disparate entities find their orbits in supersonic centrifuges. Exasperated owls float down chimneys of kitchen where no one cooks. Meals are mail ordered and delivered by drones. The postman’s footsteps are a distant fading echo.

Instead, couriers, water carriers, gas cylinder boys ring bells consistently. None answers. Workers line up to enter the gateways of process plants after a Jacuzzi and the de-odoured water smacks of the smell of an un-Indian soap. The white smoke of meticulously designed process plant chimneys does not proclaim the election of the new and exotic religious heads. It heralds the sound of the beyond Atlantic currency accumulating in neo-imperial banks. Words fail and falter. Music defies itself. Alphabets are pictures. Meanings slip on the slimy edge of understanding. And so do sapiens.

In the backdrop the ambulances with menacing hoots stymie Google maps while navigating uncharted routes to clinically clean hospitals.