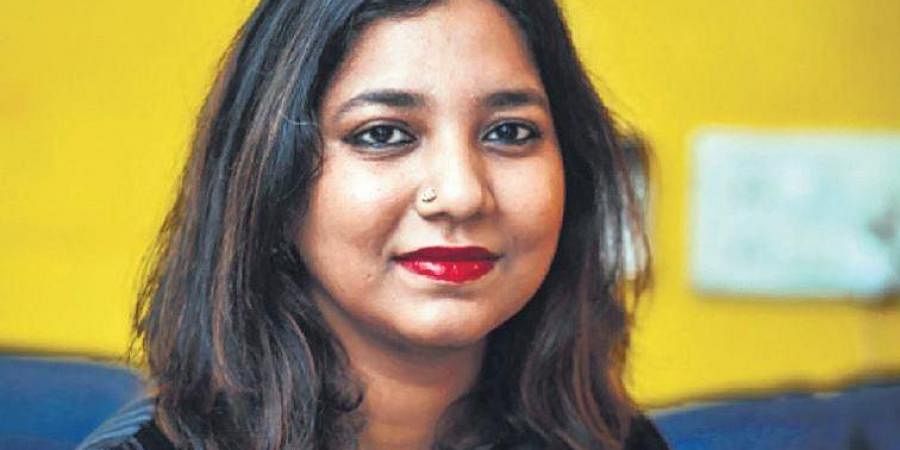 Nine years in the making, author Krupa Ge’s debut fiction, What We Know About Her, journeys the lives of women in India, essaying how much and how little has changed for them

CHENNAI: Listening to our family stories that span several generations gives us insights into how our ancestors’ achievements, rejections, struggles and evolution shaped our present. Author Krupa Ge had a similar realisation when, about a decade ago, she heard a story about her grandmother a child bride.

Bringing her grandmother’s story alive, Krupa paired fiction with reality in her debut novel What We Know About Her. Krupa’s protagonist, Yamuna, is a PhD scholar researching twentieth-century music in Tamil Nadu. When she chances upon a letter by her grand-aunt Lalithamma, a renowned musician, she learns of her tumultuous life.

Walking us through the bustling lanes of Varanasi and Chengalpattu, and seamlessly weaving the past and present through hidden letters, Carnatic music and the constantly changing sociopolitical landscape of the country — Krupa takes us on a journey of women’s fight for breaking barriers across generations.

How did you birth the idea of this book?
This is a book that has been brewing in my head for a while now. I wanted it to be about the idea of what we expect from women; there are certain expectations when you reach a certain age and how this has changed over the years. This inspiration came from my mother when she was telling me the events that led to my grandmother’s engagement. When talking about it, I realised that my grandmother was a child bride. I hadn’t consciously been thinking about it until then that just two generations ago we were having child marriages. It means children were being sexualized. Today it seems so far away, but these were girls who were being made in-charge of households, handling children. As I started writing, I wanted to write about how much has changed and how little has changed. The age (for marriage) has obviously gone up but the expectations remain the same from women, the same kind of pressures and the need to conform. As I travelled with this idea in my head, the story evolved. It is about nine years in the making.

The book also delves into music. Tell us about your musical connection.
Like everybody from a certain social profile in Madras, I also went to music class. I could sing one or two songs but was never really tangentially interested in music. My husband, a lawyer by profession, is a Carnatic musician; he is a flautist. So there is music in my everyday life. I do listen to Sanjay Subrahmanyan and I am a fan of his. I have gone to his Tamil Isai Sangam concerts. I like this kind of Tamil music they present at Tamil Isai Sangam. That interest (in music) has always been there because it is a part of my life so I wanted to weave it in. And the things were so different in the 40s; who could sing and who couldn’t was also codified within caste. Technically, anybody should be able to sing. Today it has become the other way round; Brahmin singers have an easier way to get on the Music Academy stage than a non-Brahmin performer. I felt like that was an interesting development since then. And this was a hotly debated topic in the 40s. So I wanted to bring in an element of that. But it always remains in the background and never the main subject. I wanted to present the milieu as I thought it could add to the atmosphere.

Apart from the story of your grandmother, did you also tap into other personal experiences?
I wanted to create a really convincing universe. A lot of people think this is an autobiographical book or this is just a very personal book or I am outing a part of my family history. But I have just borrowed the elements of a real family and projected a fictional story onto it to give it a sense of authenticity. So yes, my family is from Chengalpattu; yes, we are Telugus who have lived here for centuries but very much identify as Tamils. It’s an entirely madeup universe told in a convincing setting. That’s my own setting; it’s a lived experience, so it is a universe I know well. 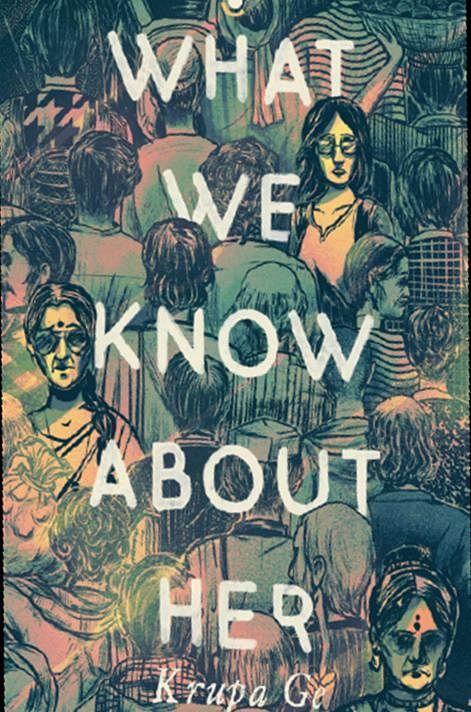 Why did you choose Chengalpattu and Varanasi to set the story in?
I wanted it to be in Chengalpattu as a tribute as my family is from there. I also wanted an element of Varanasi. Writing comes from an unconscious part of you. And when I started to write this, it came to me. I have been to Varanasi. I have been on the banks of the river, it is a different kind of experience. For somebody from the south to go to a place like that and see faith like that is completely different. So I think there was something about the city and atmosphere that stayed with me. But the city has changed now. In fact, the country has changed now. When I started writing the book the country was a very different one. On some level, I wanted the book to be a sort of time capsule and also, I wanted to write about what is happening, like protesters being detained in the CAA protest in Varanasi. The city is also currently a politicised one as the Prime Minister is from that constituency. A lot has changed since I started writing the book but I have been conscious about the space as it has become much more sensitive.

What’s your take on weaving in socio-political aspects in fiction?
As artists, we do, and we have to react to what is happening around us. Whether or not it creates an impact, the fact that it has made its way into our work means that it has influenced us in some manner. Leaving a record of it is the best thing we can do; that’s all there is in our power. The hope is that when you put it in a work of art, your feelings are captured for posterity and they are there as a record for everybody to understand your stand.

Let’s talk about the relationships in your book.
Lalitha is already going through an unimaginable amount of cruelty with this husband of hers. Somebody like that would be looked at with compassion. Not everybody is always cruel or blind to what is happening. Beyond the fact that you are a daughter, you are a person, a human being and some people are capable of seeing you as a complete human being. I wanted there to be a balance. Even the women in the book, I wanted them to have a range of human emotions. I didn’t want any sort of black and white character. Everybody is flawed in the book including Yamuna. All of us are flawed; some of us are more flawed than the others and so we are just trying to negotiate our time in this world with each other.