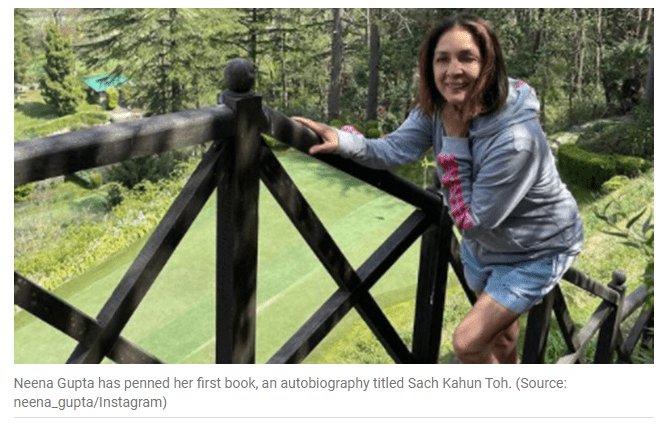 “Everything is out of my system now. Things I was hiding for so many years, that’s out,” she said

Neena Gupta has added yet another feather to her cap. She recently penned her autobiography titled Sach Kahun Toh, her first-ever book, published by Penguin India.

The actor’s book was launched by Kareena Kapoor Khan in an Instagram session. “Thank you so so so very much @kareenakapoorkhan, for launching my first book. It means a lot to me,” Neena wrote.

In the session, the Panchayat actor opened up on why she decided to write. “I have been writing it for the past 20 years,” she said. But she would start and then give up, thinking “Why would people want to read about my life?”

Things took a turn during the lockdown. While staying at her Mukhteshwar house with her husband, Neena got to thinking about her life. “There was a lot of thinking going on and then I said, ‘Okay, I will try again to write my book’.”

The 62-year-old actor said, “Everything is out of my system now. Things I was hiding for so many years, that’s out. That’s a big relief.” 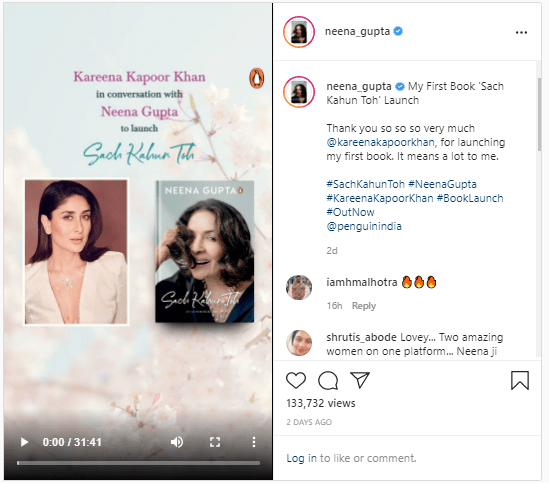 She added, “[Even] If one person doesn’t do the same mistake which I did…after reading my book…it’s worth it.”

The Badhaai Ho actor went on to talk about how she has accepted her own mistakes and moved forward. “I wanted to have a normal husband, children…when I see other people I feel a little envious. But what I did was I did not blame, I did not become an alcoholic, I did not go in the wrong direction. I moved on.”