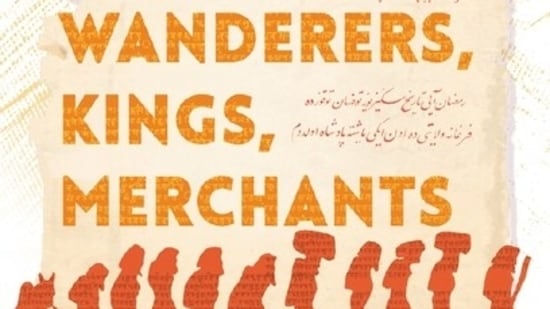 A new book delving into the early history of South Asia reveals how migration — both external and internal — has shaped both, Indians and Indian languages from ancient times.

“Wanderers, Kings, Merchants: The Story of India through its Languages”, published by Penguin Random House India (PRHI), is written by noted linguist Peggy Mohan. The book, through an incisive study of languages, such as the story of early Sanskrit, the rise of Urdu, language formation in the North-east, presents the argument that “all Indians are of mixed origins”.

“.. Hindi, Marathi, all the northern languages we call ‘Indo-Aryan’: they have words that were taken from the Prakrits and Sanskrit, but the way these words string together is strikingly different. There is another parent in this family that we have been ignoring!,” said Mohan, who has also the author of “Jahajin” and “Walk in C-Minor”.

“There are so many ways to look at history! Now the languages we speak have much to add to the story told by archeology, the historical record and modern genetics,” she added.

Path-breaking in its revelation of the hidden story of Sanskrit, it also explores the surprising rise of English after Independence and how it may be endangering India’s native languages.

“Urdu, too, has a story, starting with men who spoke Uzbek coming to Delhi and finding early Hindi, but preferring to speak Persian, the way so many of us opt for English. The north-east has a separate story too, starting near Banaras, where there is a different history and a totally different ‘maternal’ substratum—no gender, for example.. And English, which took to the Indian landscape like a hardy and determined weed,” said the Trinidad-born author.

While Thapar commended the book for revealing new dimensions in aspects of Indian history so “ably and accessibly” in this book, Joseph, who is the author of best-selling “Early Indians: The Story of Our Ancestors”, called the book a “necessary read”.

“Peggy Mohan takes the reader on a fascinating journey into the world of Indian languages. Weaving linguistics and history tightly together, she explores how waves of migration over millennia have left their mark on what we speak and how we speak. Wanderers, Kings, Merchants is an accessible account [and] a necessary read,” said Joseph about the book. The 360-page “Wanderers, Kings, Merchants”, priced at ₹599, is presently available for sale on online and offline stores.

This story has been published from a wire agency feed without modifications to the text. Only the headline has been changed.