Lawrence Ferlinghetti, the Beat poet, publisher and founder of San Francisco’s beloved City Lights bookstore, has died aged 101.
He passed away from lung disease on Monday evening, confirmed the store’s vice president and director of marketing and publicity, Stacey Lewis.
One of the last surviving members of the Beat Generation, Ferlinghetti played a key role in expanding the literary movement’s focus to the West Coast. An online tribute, posted to City Lights’ website on Tuesday, said that Ferlinghetti had been “instrumental in democratizing American literature. 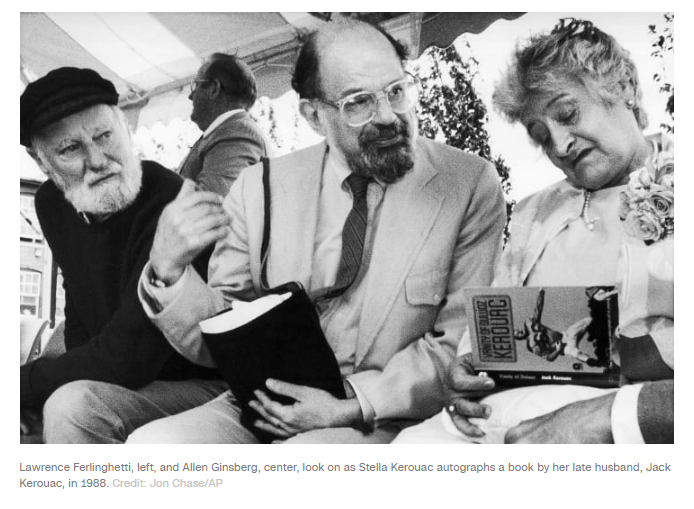 “For over 60 years, those of us who have worked with him at City Lights have been inspired by his knowledge and love of literature, his courage in defense of the right to freedom of expression, and his vital role as an American cultural ambassador,” the post read. “His curiosity was unbounded and his enthusiasm was infectious, and we will miss him greatly.”
Born in New York in 1919, he co-founded the City Lights bookstore in San Francisco’s North Beach neighborhood in 1953. In 1955, he would buy out fellow co-founder Peter D. Martin, and expand the business to include a publishing house of the same name.
Launching with the hugely influential Pocket Poets Series, Ferlinghetti went on to publish works by some of the postwar period’s most important literary figures, including fellow Beat poets William S. Burroughs and Jack Kerouac. But it was a poem by Allen Ginsberg, “Howl,” that would further thrust him into the spotlight. 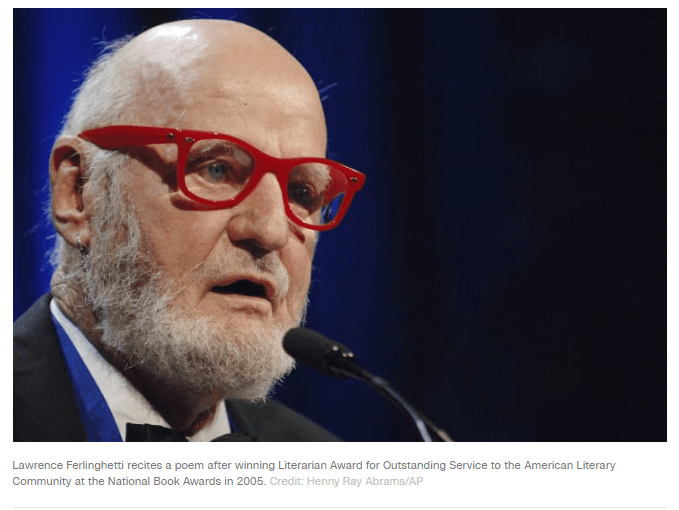 San Francisco authorities seized copies of Ginsberg’s collection “Howl and Other Poems” in 1957, published by City Lights the year before. Ferlinghetti was arrested and tried on obscenity charges due to the book’s references to sex and drugs. The case garnered nationwide attention and provoked huge debate over censorship. Ferlinghetti was eventually cleared, with the judge ruling that the book had “redeeming social importance” — a decision that would more broadly change the US courts’ approach to creative free speech.
While continuing to provide a meeting place for San Francisco’s literati, Ferlinghetti was a distinguished poet in his own right. His celebrated 1958 collection “A Coney Island of the Mind” was a big commercial success, and contained some of his best-known poems, including “I Am Waiting” and “Autobiography.”
Ferlinghetti was prolific thereafter, with his accessible and witty style captured in celebrated poems like “Two Scavengers in a Truck, Two Beautiful People in a Mercedes” and “Euphoria.” (“As I approach the state of pure euphoria,” he memorably started the latter, “I find I need a large size typewriter case to carry my underwear in.”) 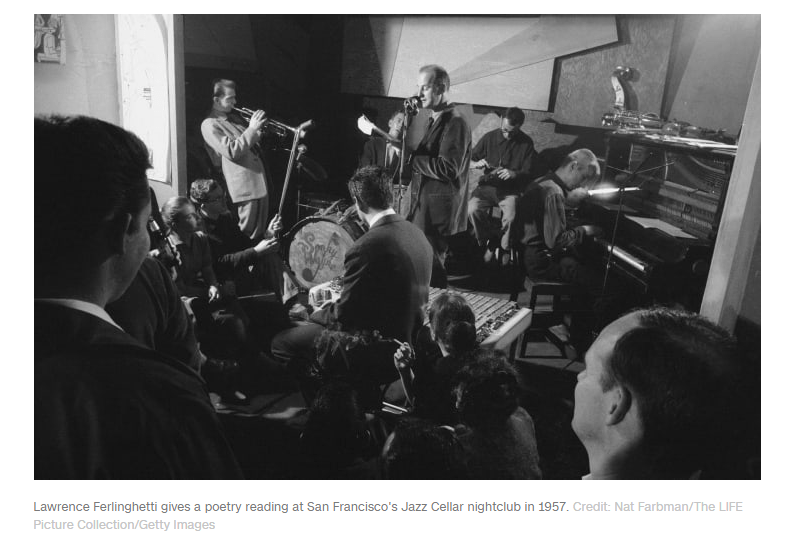 He authored more than 30 collections of poetry, tackling themes such as social ills and mass corruption. He continued writing well into his later years, publishing his latest novel “Little Boy” in 2019. Upon his 100th birthday that year, San Francisco made March 24, his birthday, “Lawrence Ferlinghetti Day.”
City Lights also continued to serve as a meeting place for the city’s creative and literary communities, hosting regular readings, talks and book signings. The store and its publishing arm had, however, struggled with the financial challenges posed by the Covid-19 pandemic. Last April, CEO and publisher Elaine Katzenberger started a GoFundMe campaign to raise the $300,000 she said was needed to keep the business afloat.
Nonetheless, in its online tribute, the company said it hoped to “build on Ferlinghetti’s vision and honor his memory by sustaining City Lights into the future as a center for open intellectual inquiry and commitment to literary culture and progressive politics.”
Top image: Lawrence Ferlinghetti at his home in San Francisco, California on March 1, 2018.