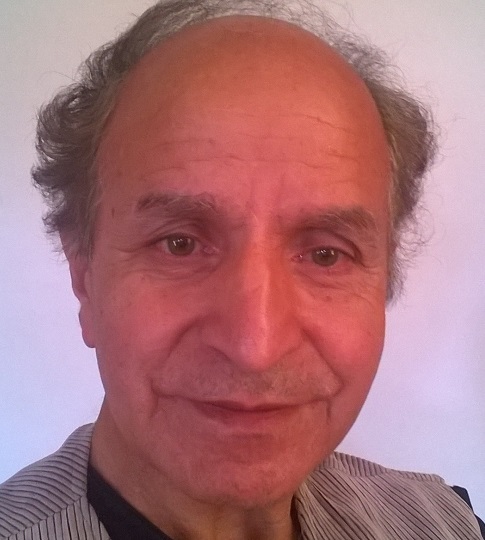 Kashmiri is the only one language of the South-East Asia that is radically different from all the Indo-Aryan language in retaining the structural and phonological features of some proto-Indo- European language. Unlike Indo-Aryan and Iranian languages, it, much like the European languages, has a SVO syntactic pattern, that is, the finite verb always takes the second slot in basic sentences. Besides the syntactic non-conformity with Sanskrit and Prakrits, the language possesses many phonological and morphological features of the European family of languages.  Kashmiri possesses a full set of central vowels which are not found in other languages of the region. Kashmiri, like, Greek, Latin, Slavic and Germanic languages is highly synthetic as several morphemes get amalgamated to form one word.

All these linguistic complexities are explainable in terms of the history of Kashmir which, before the advent of the Indo-Aryan scholarly Hindus, was a very important constituent of the vast empire founded by Alexander the Great in 327 B.C.

It happened in the fourth century B.C. that the aborigines of the Valley living in isolated hamlets saw people of some other race, who were fare-complexioned, had broad foreheads, and high noses. Some of these non-natives   called themselves Ionians, (or ‘Yavan’, in the parlance of the local people), and some called themselves ‘Gandhar’. The Yavanas and Gandhars, riding stout horses, looked fierce and aggressive, and came in group through the mountain passes in the north-western mountains like Kajinag, Nanga Parbat, and Apharvat. Many other nomadic clans of the areas living beyond the Pamirs, came to the Valley; the Eurasian nomads were called Scythian, or Sakas in ancient Sanskrit books. They moved freely in the whole of the northern temperate zone as the political boundaries hardly existed; the territory was a continuous landmass to them.

In later ages also Kashmir was the ultima thule for the adventurous explorers of the West, particularly the Greeks. It is not, therefore, amazing to note that ancient scriptures, chronicles, travelogues and memoirs in various languages of the west abound in descriptions of Kashmir. One cannot say with certainty who was the first European to have visited Kashmir, nevertheless, we can, with a degree of authenticity, name Scylax, the explorer, to have arrived in the Valley of Kashmir as he was deputed by Darius Hystaspes, the Great, (550-486 BC.) to explore the origin of the Indus river.  Herodotus (484-420 B.C) wrote that Scylax reached Kashmir, which he mentions as Caspatyrus. Although Kashmir and Caspatyrus are quite dissimilar in their phonetic character, the geographical location given by him, and the ancient name of the valley ‘Caspapyrus’ given in ancient Sanskrit texts, lead us believe that he referred to Kashmir. ‘Caspatyrus’, according to Herodotus, was in the vicinity of Northern India, and it was from this place that Scylax ‘sailed’ towards the East. The original travelogue of Scylax, no more extant, might have led Herodotus to commit the mistake that he used the word ‘sailed’. The river Indus is navigable from Pakholi (Pactyica) which is contiguous with Kashmir in the west.

After the death of Alexander, his leaderless army settled in the vanquished territory of Taxila in the neighbourhood of Kashmir, that is Rawalpindi (Pakistan). The whole region, including, Kashmir was a part of the Achaemendi  Empire, in the 6th century BCE and later remained under the Greek generals like Eudemus, Peithon, and Sophytes until around 316 BC.In 305, the Punjab was invaded by one of the former generals of Alexander, named Seleucus Nicator of the Seleucid dynasty. He concluded an alliance with Chandergupta Mauria, the powerful king of northern India.

An outstanding king the Indo-Greek dynasty was Menander who conquered much of the north-India up to Pataliputra, today’s Patna of Bihar. Buddhism flourished during the glorious cultural syncretism of the Greek and Indian peoples. Kashmir was conquered by the Buddhist monarch Ashoka the Great (304 BC- 232 BC) of the Maurya dynasty in the in the third century BCE

The Kushans, derived from Bacterian word Kushano, were nomadic tribes who wandered freely in the landmass between East-Europe and the Himalayas, and resorted wherever they found plenty of grasses, food, and water; the valley of Kashmir with many surrounding smaller valleys like Gurez, Gulmarg, Sonamarg, Pahalgam, Banihal, Pogul-Paristan, Kishtawr, Bhadarwah and Rajouri, was ideal for permanent settlement as it was insulated by lofty mountains and thus safer from invaders.  They, in later ages, particularly from second century B.C. to Third Century A.D. became a dominant race and established a huge empire which was spread over the region between Bactria (North Afghanistan, and Tajikstan) and the Uttar Pradesh; the capital of the empire was near Kabul, and Gandhara was the nucleus of the civilization.

Shafi Shauq a Poet, fiction-writer, linguist and critic, has authored/edited/translated over 45 books in Kashmiri, Urdu, Hindi and English. He is a recipient of several national and state awards like the Sahitya Akademi award in creative writing, Bharti Bhasha Saman award, and Sahitya Akademi’s translation award among others.