Konkani : A Tale of a Phoenix - gatewaylitfest.com 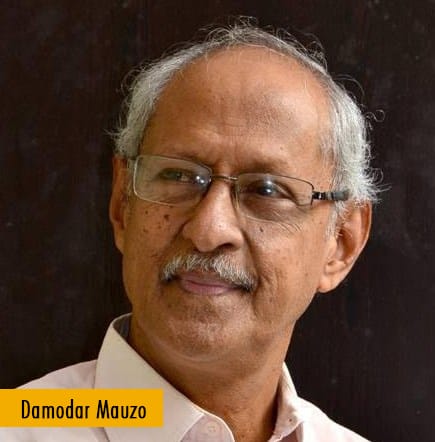 The Portuguese who conquered Goa in 1510, in connivance with the missionaries, destroyed whatever literature existed prior to the 16th century. During the early years of conversions, the missionaries overzealously tried not only to scuttle both the literary and the oral traditions of Konkani, but also conspired to replace the spoken language with the Portuguese, in order to impose their culture upon the people of Goa. They even passed a decree in the year 1684 banning the use of Konkani, even in speech, giving only a three year grace period to switch over to the Portuguese. That is history. The history, that created the geography of Konkani. The first exodus happened in the 13th century when the people of Goa fled southwards in the wake of the victorious march of Alluddin Khilji in the war aginst the Yadavas of Devgiri. The second one was when the Portuguese were on the spree of converting the people to Christianity. And the last exodus was that of the Christians who were subjected to the harsh ecclesiastical law of Inquisition. As a result of this, by the end of the 17th Century, thousands of Konkani speaking people of Goa had settled along the west coast of India, in Karnataka, Maharashtra and as far away as Kerala. This is our geography.

The Konkani speakers in dispora, in their zeal to keep the tongue alive, adopted scripts of their adopted land. That resulting in Konkani being written in five different scripts, Kannada by the Konkanis in Karnataka, Malayalam in Kerala, Perso-Arabic by the Navayat community and the Roman by the Christians in Goa who had learnt the Portuguese. That Devanagari was in use before the advent of the Portuguese is proven by the voluminous treatise, later published in 1678, to which the Goan medicine men who had migrated to Calicut wrote a certificate in Konkani in Devanagari. The certificate in print is the first ever block printing in any Indian language.    .

It was commendable that despite the suppressive measures by the colonial rulers, Konkani  remained the Lingua Franca. Meantime, attempts were made in Goa to revive the literary tradition but it remained insular because of the prevailing strict censorship.

When the rest of India became independent, Goa continued to remain under the colonial yoke. When states were formed on linguistic basis, Konkani was left out of the Constitution of India as Goa, the homeland of Konkani, was not part of India. It was when Goa was liberated in 1961, that the Konkani people found the freedom of expression. We had to start from scratch. It was a difficult task to catch up with the rest of the Indian literatures who had already attained greater heights. Nevertheless, the Konkanis are known to be achievers. We created dictionaries and encyclopedias, administrative and scientific terminologies; we translated classics from other languages while also augmenting our own inputs. Sahitya Akademi conferred recognition to Konkani as an independent literary language in the year 1975 and subsequently it became the Official Language after a tough struggle, paving the way for Statehood for Goa. Soon thereafter, Konkani was included in the Eighth Schedule of the Constitution and since then there is no looking back. We have produced literature that is being taken cognizance of at the National level as is evident from the Padma awards that are coming our way. The Jnanpith to Ravindra Kelekar and Sarswati Samman to Mahabaleshwar Sail are testimony to it. My own book, Teresa’s Man was nominated for the Frank O’ Connor International Prize. Our novels and other writings have been published in translation by reputed publishing houses like NBT, OUP, KATHA and Sahitya Akademi. National anthologies aren’t complete without Konkani stories/poems thus providing Konkani literature a pan Indian readership. The theatre has advanced in big strides to match the best in other Indian languages. The plays, staged as Tiatr, are so popular and commercially successful that they often run into century shows.  Konkani movies too are creating a sensation in Indian and International Festivals. At times, we find the dialect and script issues are politicized by the mean minded armchair activists. Nevertheless, I take pride in my language and am happy that despite the adversities, my mother tongue has made tremendous progress over a short period.

Damodar Mauzo is a Konkani novelist and short fiction writer, scriptwriter and a critic. His 1983 Sahitya Akademi Award winning novel Karmelin is translated into over a dozen languages. This three-times award winning scriptwriter has written five films of which two have won the national awards. He ran a shop in his native Goa village for 46 years for a living which he shuttered in 2013.