Renowned poet from Bengal Joy Goswami, will speak on ‘Translating Joy’ during his conversation with translator Sampurna Chattarji and poet and art critic Ranjit Hoskote. 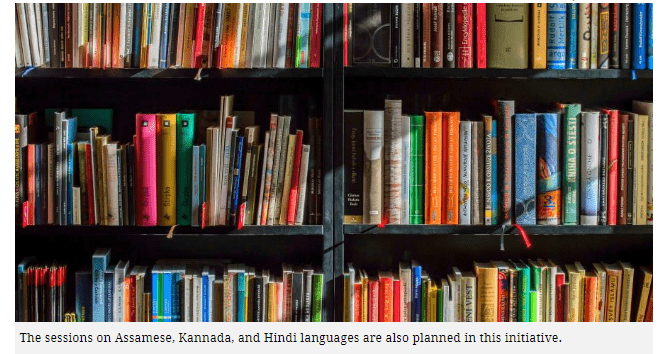 Often when publishers decide to bring out more translations, we come across many regional gems.

Recognising the bevy of valuable translated literary works across India, the Jaipur Literature Festival (JLF), produced by Teamwork Arts, has curated a new series on translation, titled Words Are Bridges.

This series, in collaboration with publishing house HarperCollins India, will be broadcasted every Thursday, starting today (July 2).

Udayan Mitra, Publisher, Literary Division, HarperCollins India, says, “We watch with delight at words becoming bridges, as the books that we publish introduce readers to worlds often unknown to them. This is especially true of a translation which wonderfully connects cultures through the written word.”
The series will include distinct authors and their works from the Indian subcontinent.

Renowned poet from Bengal Joy Goswami, will speak on ‘Translating Joy’ during his conversation with translator Sampurna Chattarji and poet and art critic Ranjit Hoskote. After this session, Navdeep Suri, Nanak Singh’s grandson will talk to poet Nirupama Dutt on rediscovering ‘Khooni Vaisakhi’ after 60 years. This is Singh’s poem on the Jallianwallah Bagh massacre, which he survived. This poem, soon after its publication in May 1920, was banned.

The sessions on Assamese, Kannada, and Hindi languages are also planned in this initiative.
In a conversation with The Morning Standard, Namita Gokhale, writer and co-founder, JLF, says, “As a multilingual nation, we exist in an ongoing state of translation. There are many excellent literary translators who work with passion and dedication. However, we need to nurture and train a new pool of talent, and also ensure they get adequately compensated for their efforts.” Gokhale further gives a lowdown on her favourite translated works.

“Moustache by S Hareesh is an outstanding novel, translated from Malayalam by Jayashree Kalathil in a nuanced, empathetic and engaging English edition. Sahitya Akademi awardee Binodini’s Manipuri historical novel The Princess and the Political Agent has been recently translated into English by her son Somi Roy and is worth a read. And my cousin Pushpesh Pant’s rendition of my novel Things To Leave Behind in Hindi, under the title Raag Pahadi is another very effective translation.”
Language makes culture truly accessible feels Preeta Singh, President, Teamwork Arts.

“In India, discovering the best in literary and linguistic traditions is lost to many and the ‘Jaipur Literature Festival – Words Are Bridges’ is committed to harness the richness of Indian language-literature for audiences and brands that wish to embed themselves in the diversity of Indian culture,” she says.

The sessions can be viewed on JLF’s social media.