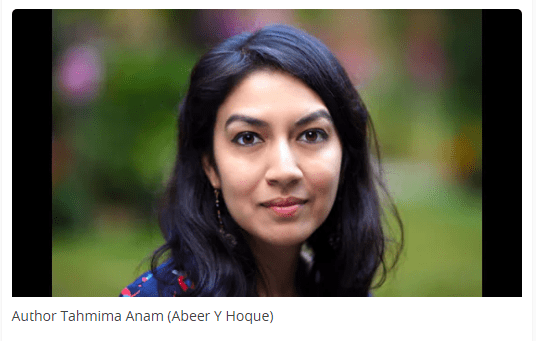 Tahmima Anam’s new novel is about Asha Ray, a brilliant coder whose platform rivals the world’s biggest social media companies. Here, the author talks about her writing, about working in technology, and about Bangladesh, her spiritual home

The Startup Wife is a departure from your earlier hard-hitting historical fictions. What changed?

I’ve been on the board of my husband’s startup for the last 10 years, and I’ve always felt that the tech world with its lofty promises and confidence, was ripe for satire. I also wanted to write the story of a woman who beats the odds to create one of the world’s most successful companies.

I’ve always been interested in women finding their voices, inhabiting their power, and taking charge of their lives, and this is a thread that runs through all my novels. One can address hard-hitting themes of power, inequality, and gender imbalance with a lighter touch – it doesn’t take anything away from the moral urgency of the story. You just get to laugh a little along the way, which, given the times we’re living through, can’t be a bad thing. 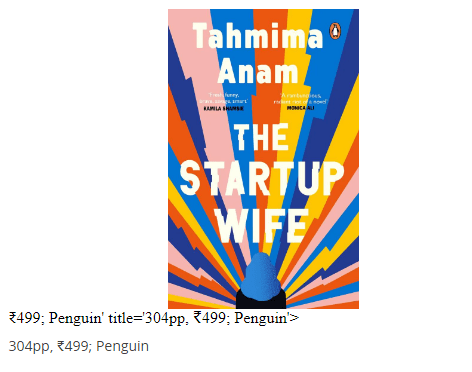 Could you describe your latest novel? How did the idea for it take shape?

The Startup Wife is about Asha Ray, a brilliant coder who builds a platform to rival the biggest social media companies in the world. Along the way, she must find her voice and keep in balance the other love of her life – her childhood sweetheart Cyrus Jones.

I wanted to imagine what it might be like to be a female, non-white founder of a tech company – what sort of obstacles might this person face? How might she navigate the various limitations that are put upon her? This is how Asha Ray was born – she’s the heart of the story, it all begins with her.

The novel explores a love story against the backdrop of startups and the glamour of hustle. We take it that it’s inspired by your own experience working on the music startup, ROLI. Do you ever feel like Asha because of your late entry into the scene or the colour of your skin?

The novel was only inspired by my life in the sense that my years at ROLI gave me a small window into the workings of the startup world – I got to sit in on board meetings, watch investment pitches, and learn the language of tech, which has its own very particular vocabulary. But unlike in the novel, I really can take no credit for my husband’s startup – it is his invention entirely. The rest of the story is entirely speculative.

In the novel, there’s a bit about Asha letting Cyrus (her partner) or even Jules (the co-founder) be the face of their company when, in fact, she was the one who did most of the heavy lifting. We know young women are often pushed to the sidelines in the world of tech. Is there a pointed message in the novel?

Yes, absolutely. There’s a powerful and very overt message in the story, because you see that despite Asha being the brains behind the startup, her power only gets diminished as the company grows. So, although there’s humour and romance and other enjoyable things about the novel, the uncomfortable truth is never far beneath the surface.

What’s your advice to young people facing such a dilemma?

I would say that allyship – coming together with other women towards the shared goal of breaking the glass ceiling – is incredibly important. In the novel, Asha gains so much of her self-awareness and power though her friendships with other women. Sometimes patriarchy creates divisions among women because we are given the message that there are only a few spaces for women and that we have to compete with each other. But we must resist this message and work in collaboration with one another. If we do that, we will be unbeatable.

While The Startup Wife is a gentle satire, it remains first and foremost an (anti) love story with glimpses of the bro culture of startups. Was that your intention?

For me, the romance is important to the first half of the novel because I wanted the reader to invest in this relationship, to root for Asha and Cyrus. But at its heart, it’s the story of a woman finding her voice. I would call it a coming-of-age novel.

Your Bengal trilogy had greatly benefitted from years of work – at Harvard and also combing through your history back in Bangladesh. How did you prepare to write this book?

I got insights into the startup world from being on the sidelines and quietly observing the culture, customs, and rituals of the tech world. I used my training as an anthropologist, just as I did with the previous novels.

Having lived across the world now, do you think it’s time to bid adieu to Bangladesh or are writers forever trapped within the vectors of who they once were and where they belonged?

I will always write novels set in Bangladesh. It has, and will always be, my intellectual and spiritual home. But it’s important to bring one’s whole self to an artistic life, and that’s what I’ve done here – I’ve drawn from my childhood in Queens, from my experiences as an immigrant, and my time working in tech.

What inspired you to become a writer?

When I was 14, I told my father I wanted to be an actress. He said, “You should be a writer, it’s far more practical.” I just did what I was told!

You’ve said before that writing is a political act. Do you think that as a household name in Bangladeshi literature, you are now duty-bound to comment on socio-political upheavals in the country and educate audiences there on more pressing problems like climate change etc? In other words, could you afford to be someone who just tells stories?

I do not want to be someone who just tells stories. I’m a card-carrying feminist, for one thing – and there are many other issues on which I will always have strong opinions. I don’t see this is something that gets in the way of being a novelist – I embrace the fact that I have a moral purpose whenever I sit down to write.

What are you working on next?

It’s a secret. But you will be among the first to know.

You talk about the importance of rituals in your book. What is your ritual – in life and when it comes to writing? Especially now, in these days of lockdown and isolation. Would you say you are a discovery writer or an outliner?

Definitely not an outliner, although I like to know where my novel is going to end before I begin it. My favourite rituals invariably involve food – in the morning I like to drink a hot matcha.

What are you reading these days? Who are your literary influences? Who are the Bangladeshi authors you admire?

Leesa Gazi’s novel, Hellfire, published in Bangladesh a decade ago, has just been translated into English, and it’s completely brilliant – weird, gothic, intensely atmospheric, with a jaw-dropping twist at the end.

How instrumental was the writing program you did in helping you become the writer you are today?

It gave me a community of writers and the confidence to get started, which I’m very grateful for.

What’s your three pieces of advice to aspiring writers?

What is your relationship with technology? Could you go for a weekend without the internet?

No, I couldn’t, because my parents and my sister are in Bangladesh and I text/call/WhatsApp them at least five or six times a day.

KX Ronnie is a writer who lives in Kochi.