INTERVIEW | Author William Dalrymple gets candid about 'The Company Quartet' and more - gatewaylitfest.com 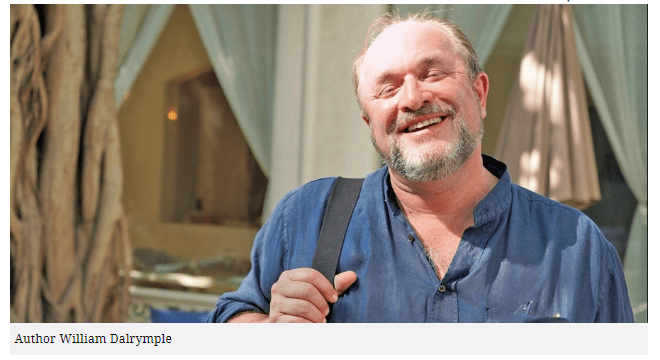 Dalrymple tells Medha Dutta Yadav how The Company Quartet evolved over two decades of research, and shares which of the four books is closest to him and why

Tell us about the two-decade-long journey of the Quartet?

I had originally thought of doing a Mughal Quartet. In the end I realised that the really unwritten story was the one that lay between the two great empires—the Mughals and the Raj. Aurangzeb dies in 1707 and the Raj is declared in 1858. In those 150 years, many different things could have happened. It could have been the Marathas’ rule, it could have been the French taking over, but the least likely of them all came to the fore—a trading company. So we have here a corporate body based in a London office that seized India. So the Quartet went in a different direction. Also, I did not write the four books in chronological order. The right order would have been: The Anarchy (1599-1803), White Mughals (1790-1805), Return of a King (1839-1842) and The Last Mughal (1850-1858). It was the end of the Mughals and the end of the Company, and replacement by the British Government. The Anarchy is really the beginning of the story—a prequel from where the three others emerge. 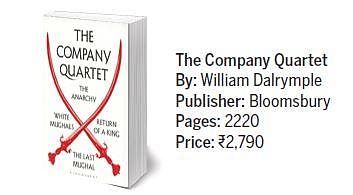 What made the East Indian Company so powerful as to be a game-changer?

There are a couple of reasons. First of all, of course, was the shattering fall of the Mughal Empire. At its peak, the Mughals would have been able to swat away the Company like an annoying fly. When Sir Joshua Child led the attack on the Mughals during the reign of Aurangzeb, it was a catastrophy for the Company. But only 50 years later, the Company gains the upper hand. It’s a short period, but the Company has all the advantages now. The biggest being that the Mughal Empire is completely broken up. This disintegration of centralised power in India was a big factor. There was no strong opposition to stop the Company. The second factor is the military power. The Company had taken advantage of major changes in military techniques in Europe, especially infantry and ballistics. These techniques were exceptionally good in dealing with Mughal and Maratha cavalry army—they were no match for the modern warfare. Thirdly, there were the bankers of India—the jagat seths. They backed the Company. They were fine with giving unlimited credit, because they realised they were going to get their money back with interest. In the end, the Company conquered India with Indian soldiers and Indian credit. It makes for an incredibly unlikely story today.

Do you believe we are still carrying the legacy of corporate exploitation?

Obviously the present day is a very different time. But you can certainly look to the Company as warning about the power of large multinational corporations. The East Indian Company encouraged bringing down a government. We see that in the modern world—from Iran and Guatemala to Chile. Today corporations may not have artillery, but they are nonetheless immensely powerful. One of the things the Company invented and the modern corporations have taken that forward, is the power of corporate lobbying.

Which of the Quartet is your favourite and why?

I’m very proud The Anarchy, and it has been my bestselling work worldwide. But all the same, the one that is very close to me is The Last Mughal. It’s a part of where I live. I first came to Delhi in 1984, and fell in love with the Jama Masjid, Nizamuddin, the Delhi Archaeological Park. In some ways Delhi has changed unimaginably, the things that made me fall in love with the city and build a home here are all here.

Do you think historical and narrative non-fiction is having its moment in Indian publishing?
Abroad people are keen to buy narrative non-fiction. In India, there is often a belief that for history to be serious and accurate, it has to be written in academic language. But in the last decade, I think that perception is slowly changing. There are major Indian historians wanting to write for a more general audience. I believe, one of the major reasons that India is so embraced in myth about its past, is partly because academics turned their backs on the general audience. There was no interest generated in history, which left room for mythology to grow.

What was the role of women in India’s colonial history? Why are they sidelined?

Well, 18th century is when everyone is at war, and it naturally put women in the background. It’s, unfortunately, not a thriving period of feminist history. But there are these extraordinary exceptions, for example, Ahilyabai Holkar, or even Zeenat Mahal, wife of Bahadurshah Zafar. Women are certainly behind the scenes, but there are also moments when they step out.

The author’s next book is on the distribution of Indian civilisation. It will talk about the credible influence of Indian civilisation—from about the time of Ashoka till about the 10th-11th century. Dalrymple says a few very important things happened during this period: Buddhism travelled to Pakistan and Afghanistan, and into China; there was a very strong Indian imprint on Chinese culture, language and the arts; also, Hinduism and Sanskrit making its way to Indonesia and even the Philippines, becoming a major force in Java, Cambodia, Thailand, and Vietnam; then there was astronomy and mathematics travelling Westward via Baghdad. “All this stuff people are vaguely aware of, but it has never been put together in one book,” the writer says.