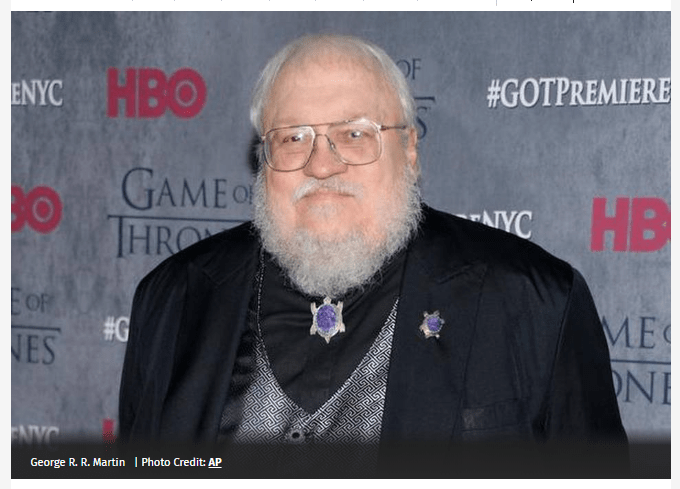 Author George R.R. Martin says he has made “steady progress” in writing The Winds of Winter, the long-pending penultimate instalment of his A Song of Ice and Fire saga.

The epic fantasy book series, which served as the basis for HBO’s multiple award winning show Game of Thrones, awaits the final two books — The Winds of Winter and A Dream of Spring — that the author had announced long back but has not yet penned.

In his latest blog post, Martin said he spent several months on lockdown in a cabin in the mountains and that “the enforced isolation has helped me write.”

“I am spending long hours every day on The Winds of Winter, and making steady progress. I finished a new chapter yesterday, another one three days ago, another one the previous week,” the 71-year-old author said.

“But no, this does not mean that the book will be finished tomorrow or published next week. It’s going to be a huge book, and I still have a long way to go,” he added.

Martin further said that he was “heartbroken” after having to cancel his trip to Wellington, New Zealand, for the 78th World Science Fiction Convention.

However, he now hopes to visit Wellington next year when hopefully “both COVID-19 and The Winds of Winter will be done.”

“Of late I have been visiting with Cersei, Asha, Tyrion, Ser Barristan, and Areo Hotah. I will be dropping back into Braavos next week. I have bad days, which get me down, and good days, which lift me up, but all in all I am pleased with the way things are doing,” Martin said.