Dubbing artistes and actors get an unexpected break voicing Tamil audiobooks, which are drawing a surge of listeners seeking comfort amid the pandemic

Priya Vasanth, a homemaker in Chennai, has just finished her household chores for the day. She does not reach for the remote to switch on a TV serial. Nor does she chat with her neighbours, the way she did before the pandemic.

She plugs in her headphones.

Eyes closed, keenly listening to the narration, Priya imagines the world created by Kalki Krishnamurthy’s classic Ponniyin Selvan. This is among the 45 Tamil literary works that she devoured through the lockdown in the form of audiobooks.

Among the many voices that adorn such audiobooks is Kirtana Ragade’s that brings a charming energy to the stories she tells. A voice artiste for films, serials and OTT programmes for the past five years, Kirtana says that audiobooks have given her a new lease of life and alternate income.

“Audiobooks are a huge opportunity to keep your voice busy and earn an income during these times when other industry work such as film and TV serials is on the wane,” affirms Kirtana, who has worked on a dozen titles, including Indira Soundararajan’s Ragasiyamaga Oru Ragasiyam, Rajesh Kumar’s Sivappu Iravu and Balakumaran’s Pachai Vayal Manadhu. 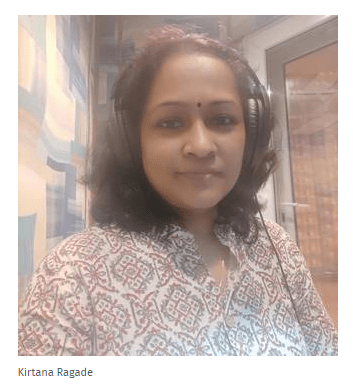 As the pandemic drags on, weary of long hours of screen time, people are increasingly turning to audio-only platforms this year. While rooms in Clubhouse and Twitter Spaces bustle loudly with conversation, opinions and music, audiobooks are seeing a quieter, but steady, upsurge.

Amid this worldwide trend, India is seeing the rise of a vibrant new industry, as vernacular audiobooks find creative ways to engage a young and growing audience. Tamil listeners are increasingly diving into both classic as well as contemporary Tamil works spread across several genres including historical, mystery and romance.

Audiobook and ebook streaming service Storytel has seen a 73% jump in listening hours of Tamil audiobooks in the last year; it already has more than 900 titles for listeners to choose from. The most popular among them are Ponniyin Selvan, Mogamul and Kadal Pura. While YouTube has a few amateur audiobook attempts, audio streaming service Spotify too has a Tamil audio library mostly consisting of user-generated content, with titles such as Thee Vizha, Sirai and Grahanam featuring among its most recent uploads. 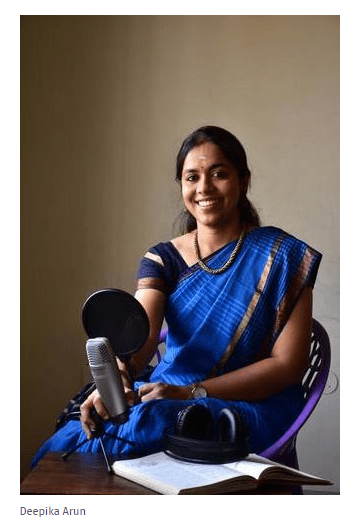 “The audiobook market is booming in recent times, especially in vernacular content,” says Deepika Arun, language manager at Storytel, “With lockdown and work-from-home routine for many people, screen fatigue is a real problem. For them, audiobooks are seen as an alternate option for entertainment. Also, with a lot of depressing news hitting them, listening to stories before bedtime is a calming exercise.”

Deepika is a narrator herself; her popular 2019 podcast, Kadhai Osai, featured copyright-free stories. “Pronunciation and modulation are the most important aspects for any narrator. As audiobooks are usually a secondary activity, sustaining interest in the listener is completely in the hands of the narrator.” 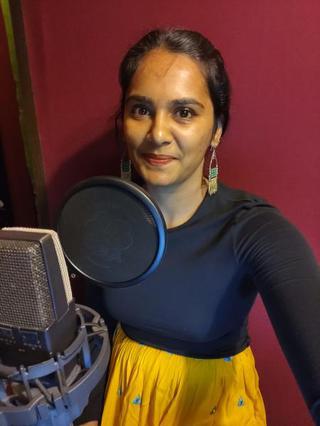 Narrating for such books has played a key role in actor Lakshmipriyaa Chandramouli’s life recently. “As an actor, it has been greatly beneficial. Experimenting with different characters and emotions through my voice has added a different dimension to my skill set,” says Lakshmipriyaa, who has voiced for books like Thanneer and Kalvananin Kadhali, among others.

Her biggest challenge was reading out Peruvali by Sukumaran, a book that features a character from the transgender community. “The author wanted me to intentionally read it slowly in a couple of places. Also, every chapter in that is narrated by different characters. To make sure I get the voices right was a challenge,” she says.

Like Lakshmipriyaa, actor Raaghav Ranganathan has energetically dived into this new challenge; he has contributed to books like Perumal Murugan’s Koolamathari and Sundara Ramaswamy’s Prasadam, among others. “When the film industry took a hiatus, this gave me a great opportunity to keep myself occupied. It helped me connect with Tamil, a language I dearly love,” says Raaghav. He has invested in a small audio set-up at his residence and has also been doing light voice-training exercises to ensure he is in prime form. “Narrating for audiobooks helps my voice get tuned and running,” he says.

Dubbing artist Kirtana explains that there are differences between her approach to audiobooks and films, she adds. “For the film industry, my job is limited to conveying the mood of the artiste in the visual and ensuring lip-sync. With audiobooks, there are no restrictions for my imagination or performance. I decide if I should communicate a certain aspect in an aggressive or a subtle manner through my voice. For readers who have already read the book, it is my job to enhance their perception of the characters.” 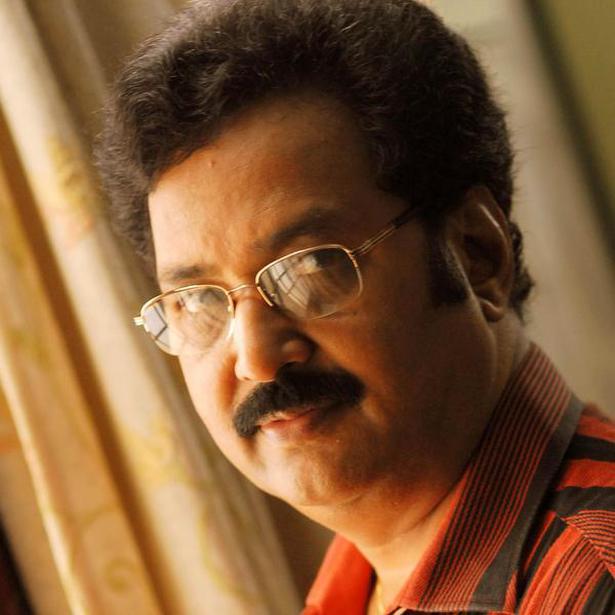 If narration is a key element in an audiobook’s success, so is the content. For many Tamil authors, the distribution of physical copies of their works was a challenge during the lockdowns. These writers see the burgeoning demand for ebooks and audiobooks as a new platform for their works to reach newer audiences. “There are many young people today who can speak Tamil very well but cannot read it fluently. These audiobooks have been a boon for them,” says popular writer Pattukottai Prabakar, whose many titles, including Indhiya Neram 2AM, Oru Poi Podhum and Operation Venus, have been adapted recently to the audio format. Prabakar has been getting a lot of calls in recent times from firms to give them rights to the audio format of his work. “This trend looks all poised to grow,” he adds.

Listeners for such audiobooks belong to all ages, but older listeners and people tuning in from abroad vouch that it gives them a radio-like experience and an opportunity to relive material that they read in their younger days.

For homemaker and regular listener Priya, it presented a chance to connect with the language. She says, “During the pandemic and lockdown, audiobooks have been my constant companion. Not only has it kept me in good spirits, it has also made me learn a thing or two about the beautiful language that’s Tamil.”