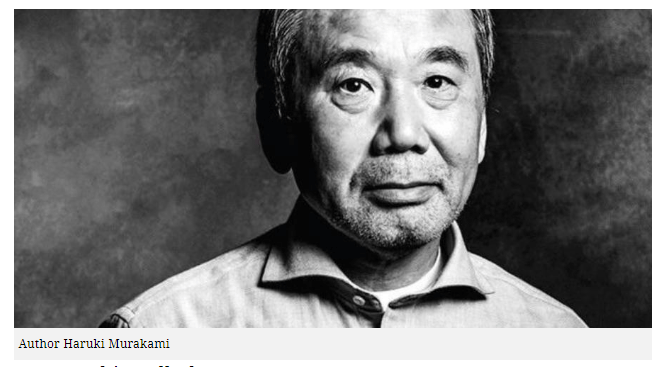 Haruki Murakami explores his love for music, baseball, and nostalgic memories of youth in this new collection of short stories

I once asked a Haruki Murakami reader, where would you place his books? Not Harold Bloom but equally opinionated, the faithful reader immediately replied, and added, “Magical realism; the plots are plausible, yet they are not.” He, of course, was referring to the absurd scenarios in Murakami’s stories made superbly feasible by his elegant storytelling; for example, A Shingawa Monkey (2006), in which a monkey from one of Tokyo’s special wards steals names of young women whom he desires. I refer to this essay only because the monkey and its story reappear in this collection.

There are eight stories in all and the magic unleashed is a testament to not only Murakami but also his polyglot translator Philip Gabriel. In Murakami’s book What I Talk About When I Talk About Running, we get to understand his passion for running. Likewise in this, the author’s relationship with music is reinforced, almost to the point of being didactic. In fact, reading First Person Singular will get even the non-musicals among us hold our own in a drawing room discussion on Western Classical music.

There are three stories in the collection which has a good dose of music, starting with ‘Charlie Parker Plays Bossa Nova’. The narrator, a college student, writes the review of an imaginary Parker album, as a prank. Fast forward to the adult narrator entering a music store and spying the Parker album there. The bewilderment at finding a nonexistent record is real as is Murakami’s love for jazz. The author writes: ‘If you love jazz, or have any love for music at all, then you absolutely must listen to this charming record, the fruit of a passionate heart, and a cool mind…’ Death comes into focus when Parker comes in the narrator’s dream and speaks of humming a Beethoven melody, Piano Concerto No. 1, when he died. Isn’t that a truly beautiful way to go, with a melody playing in the head? I searched for the piece on YouTube and browsed through the comments section while listening to it. Lo and behold, many had commented that they had been there because of Murakami’s story.

‘With the Beatles’ starts off with the narrator seeing a young woman walking down the school hallway holding a Beatles album tightly to her chest. That scene is forever imprinted in his mind even though he never gets to see her again. The story then talks about the popularity of the Beatles in Japan, Percy Faith’s ‘pretty music’, the narrator’s high school girlfriend, her brother with acute memory lapses and Ryunosuke Akutagawa’s story, The Spinning Gears. Murakami’s mastery in storytelling weaves all these elements effortlessly, and Akutagawa’s real-life suicide is an important reference to the ending. 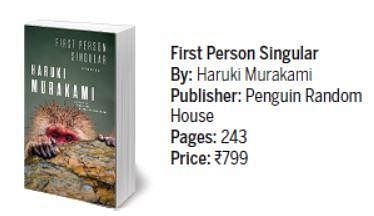 ‘Carnaval’ is my personal favourite even though it starts out with a problematic sentence (and there are several): Of all the women I’ve known until now, she was the ugliest… Critics in the past have spoken of Murakami’s male gaze, (his penchant for describing a woman’s earlobes is legendary) and it does come to the forefront here. But the music description is divine. The narrator and the woman, whom he calls F*, deep dive into the merits and demerits of different pianists playing Schumann’s Carnaval which the narrator decides is the one piano piece he would take with him to a deserted island. The story ends on a non-musical twist but what an amazing dissertation of Carnaval!

The other stories are equally engaging: ‘Cream’, ‘On a Stone Pillow’, ‘The Yakult Swallows Poetry Collection’—a glimpse of Murakami’s love for baseball and his first collection of poetry on baseball which, at that time, no one paid attention but now those simply bound books have become collector’s items ‘which fetch unbelievable prices’. Then there are ‘First Person Singular’ and ‘Confessions of a Shinagawa Monkey’—the last is an addition to the saga of the Shinagawa monkey and his name-stealing habits which may be pertaining to deeper levels on having a ‘name’ and its importance. Perhaps, Murakami may have another monkey story in the future, who knows?

But what readers will realise is the reason why Murakami succeeds as a storyteller. His stories are descriptive with simple prose. They have fantasy, romance, love and solitude.  What makes his books so attractive is, as the faithful reader commented, the fact that you can put down his books and after a few days, find it hard to recall. ‘That’s great, actually.’