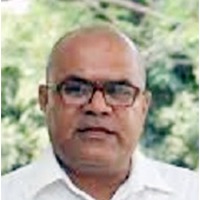 Des Raj Kali has produced hundreds of articles on dalits, culture and literature in various magazines including ‘Tehalka’ and has been conferred upon several awards as fiction writer. He has been a key Panel Speaker at the Jaipur Literature Festival (2010 and 2016) and Speaker at Samanvay Samagam, Habitat Centre, Delhi. He has offered regular features on All-India Radio, Jalandhar since 2013. His Punjabi stories and novels have been translated into Hindi, Urdu, English, Bengali, Tamil, Kashmiri, Gujarati and Rajasthani.

He also made a major contribution in the film ‘Kite mil ve Mahi’ and has regularly participated in seminars and conferences at the universities of Punjab, Haryana, Maharashtra, Kashmir, Chandigarh and Delhi.

*The novel Shanti Parav was celebrated at the CLF in 2013.  Critic Nirupama Dutt.