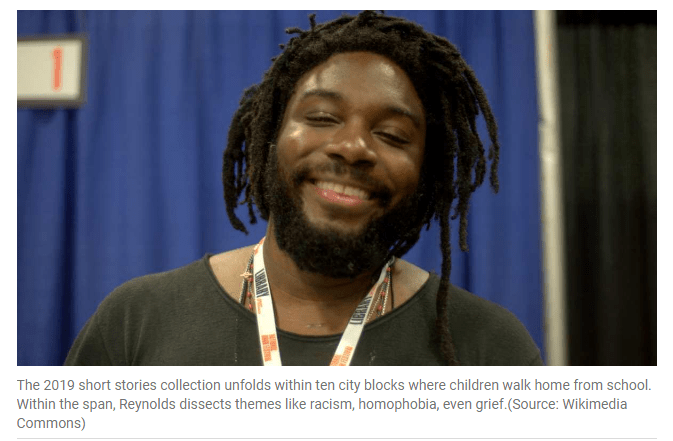 The Carnegie medal recognises outstanding work for children or young adults in the English language. It has been named after philanthropist Andrew Carnegie and was instituted in 1936

Author Jason Reynolds has won the Carnegie Medal for his 2019 novel Look Both Ways. The short stories collection unfolds within 10 city blocks where children walk back home from school. Within the span, Reynolds dissects themes like racism, homophobia, and even grief.

“For me, the Carnegie is super special. I was shortlisted before, which was good enough for me. But this time around it has been really incredible to know that that book has resonated in the UK, mainly because I think it validates the idea that it’s just a human story,” he told the Guardian.

The report further quotes him saying that in the past his stories were considered “too American” in the UK publication scene, a sentiment which the award changes. “I think the Carnegie confirms that that’s not true. That actually, kids don’t have the barriers that so many of us have, and that they are really just looking for good stories, and that they can find themselves in so many different ways, and so many different people,” he said.

Speaking about the dedication of the publishers, he added, “That’s the most special thing, that this win is coming on the backs of Knights Of. I hope we all get to stand a little taller for it. I believe in Knights Of, I believe in the work that they’re doing, I have believed in them from the moment I met them. And they believed in me, and I don’t take that for granted.”

I WON THE CARNEGIE! Shouts to the @CILIPCKG committee, the formidable @_KnightsOf, and all the kids who’ve read Look Both Ways around the world. All the love. https://t.co/WMqSx8yHst

The Carnegie medal recognises outstanding work for children or young adults in the English language. It has been named after philanthropist Andrew Carnegie and was instituted in 1936.