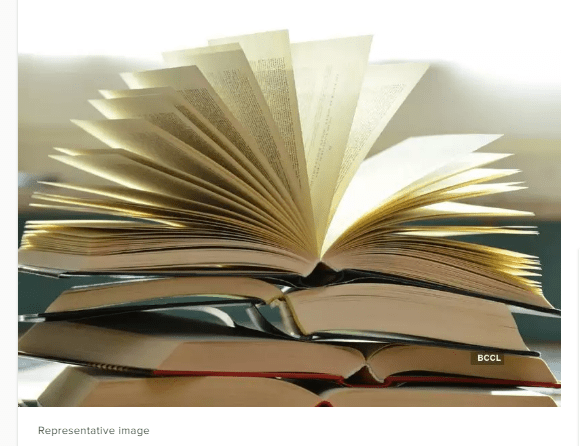 The American Booksellers Association (ABA) is apologizing for sending a publication widely criticized as anti-transgender, Abigail Shrier’s “Irreversible Damage: The Transgender Craze Seducing Our Daughters,” in a recent mailing to independent stores.

“This is a serious, violent incident that goes against ABA’s ends policies, values, and everything we believe and support. It is inexcusable,” the trade group tweeted on July 14.

“Apologies are not enough. We’ve begun addressing this today and are committed to engaging in the critical dialogue needed to inform concrete steps to address the harm we caused.”

Casey Morrissey, a buyer at the Greenlight Bookstores in Brooklyn, had tweeted earlier that they were “seething” after seeing “Irreversible Damage” included in the ABA’s “white box,” which the association sends every two months to many of its member stores. The box generally includes promotional materials, advanced copies of upcoming books and “finished books that publishers wish for booksellers to read” and consider selling, according to the ABA.

“I was excited to open our July white box, and then the first book I pulled out is ‘Irreversible Damage,'” Morrissey tweeted. “Do you know how that feels, as a trans bookseller and book buyer? It isn’t even a new title, so it really caught me in the gut. Do better.”

An ABA spokesman did not immediately respond Thursday when asked how “Irreversible Damage” came to be included. Shrier’s book, released in 2020 by the conservative Regnery Publishing, has faced objections from the publishing community before.

Over the past few months, Target has pulled “Irreversible Damage” from its website, then announced it would keep selling it based on “feedback” from customers (the book was not listed Thursday on target.com). The Seattle Times reported in May that dozens of employees at Amazon.com asked the online retailer to pull “Irreversible Damage” because it violates Amazon’s stated policy against books “that frame LGBTQ+ identity as a mental illness.” Amazon has continued to sell it and as of midday Thursday the book ranked No. 178 on its bestseller list.

Shrier has denied that “Irreversible Damage” is anti-trans, saying that she supports adults’ rights to transition but believes teens are too young to make such decisions.

ABA CEO Allison Hill released a statement Wednesday night, apologizing for “Irreversible Damage” and citing an embarrassing error from last week when on a bestseller list the association mixed up two books by Black authors with the title “Blackout” – one a collaboration among six leading fiction writers and the other by far right commentator Candace Owens.

“This week we did horrific harm when we included an anti-trans book in ABA’s July box mailing to members. Last week, we did terrible and racist harm when featuring the bestseller ‘Blackout’ by Dhonielle Clayton, Tiffany D. Jackson, Nic Stone, Angie Thomas, Ashley Woodfolk, and Nicola Yoon with the wrong cover image, conflating it with an image of the cover of a book by a different Black author, a right-wing extremist,” Hill wrote.

“Last year, ABA changed its ends policies to explicitly state that ABA’s commitment to antiracism, inclusion, representation, and equity should be paramount to all of our work. This commitment has informed some of the most important work we’ve done this past year, and it has guided us in multiple ways. These incidents are unacceptable and have reminded me of how vigilant ABA must be to live up to this commitment, and what is at stake for our members and our community when we don’t.”