So long as people remain suppressed and oppressed, poets like Faiz Ahmed ‘Faiz’ will continue to take their side 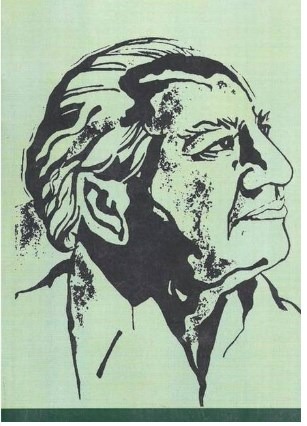 Faiz Ahmed ‘Faiz’, a communist who all his life fought the tyranny of Pakistani rulers and lived for decades in political exile, must be turning in his grave as the Hindutva forces have discovered a Muslim Faiz, thirty-six years after his death. Faiz was despised by the Islamists in Pakistan because he successfully used Islamic symbols to oppose the tyranny of both Islamic clergy and military dictators like Zia-ul-Haq who used Islam to further political goals. Every poet uses the symbols from his tradition to convey his poetry to his audience that is familiar with that tradition. But, we have reached a situation in our country where a government school headmaster in Uttar Pradesh can be suspended because children in his school sing a beautiful poem of Allama Iqbal titled “Bachche ki Dua” (A child’s prayer) and accused of turning a government school into a madarsa.

In the same manner, a teacher in IIT-Kanpur recently complained against those who were protesting against the Citizenship Amendment Act and singing Faiz’s celebrated poem “Hum Dekhenge” (We shall see). Why? Because it used the world “Allah” and not “Rama” and because Faiz was a Pakistani. Another charge was later added that the poem was anti-Hindu as it spoke of the removal of idols from Kaaba. The absurdity of these charges is obvious. Even a child knows that “Bhagwan”, “Ishwar”, “God” and “Allah” are synonyms. Poetry, especially resistance poetry, is universal and inspires people across continents. Faiz, who was a close friend of revolutionary poets such as Nazim Hikmat, Pablo Neruda, Ernesto Cardenal and Mahmood Darvesh, continues to inspire to this day all those who rise in opposition to tyranny. And he belongs to a glorious tradition of such poets in Urdu itself.

Let’s first take a look at the history of this particular poem. Reciting Faiz’s works was not allowed in Zia regime that had also imposed a virtual ban on women wearing sari, as it was considered to be Indian and Hindu. When Faiz’s first death anniversary was observed in Lahore, famous singer Iqbal Bano wore a black sari and sang “Ham Dekhenge”.

It electrified the atmosphere as the poem contained lines that spoke of the coming days when the illegitimate rule of the tyrant will come to an end and people will become the arbiter of their destiny. No wonder that this poem came to acquire an iconic status and continues to inspire all those who rise to oppose injustice or abuse of power anywhere in the world.

“Jab arz-e-khuda ke ka’abe se, sab buut uthwaae jaayenge / Hum ahl-e-safa mardood-e-haram, masnad pe bithaaye jaayenge / Sab taaj uchhale jaayenge, sab takht giraaye jaayenge/ Bas naam rahega Allah ka… (From the abode of God, when the idols will be removed/ When we, the faithful, who have been barred from sacred places, will be seated on a high pedestal/ When crowns will be tossed, when thrones will be brought down, only Allah’s name will remain.) Only those who do not understand religion would not know that in every religion, God or Allah or Ishwar is equated with Truth.

Sufi mystic Mansur was hanged (according to some sources beheaded) for declaring “Analhaq” (I am the Truth). This poem of Faiz also speaks of the slogan of Analhaq and of a future when “raaj karegi khalk-e-khuda, jo main bhi hoon aur tum bhi ho” (people of God who are you as well as me will rule). Opposing idol worship is certainly not against the Hindus. If that were so, why don’t the Hindutva forces demand a ban on Satyarth Prakash, written by Swami Dayanand Saraswati who was a fierce opponent of idol worship.

The fact is that poets like Faiz are pro-people and anti-democratic forces everywhere despise such poets. Pakistani poet Habib Jalib spent many years in jail as he had the courage to tell the rulers of his day that their predecessors too had similarly believed that they had become God. Iqbal too exhorted people to burn a field if it failed to provide grain to the poor. Our own Majaz spoke of the need to demolish the edifice of the present-day exploitative society.

So long as people remain suppressed and oppressed, poets like Faiz will continue to take their side and rise in revolt against the illegitimacy of the established authority.