‘A Fragmented Feminism: The Life and Letters of Anandibai Joshee’ review: A voice all her own - gatewaylitfest.com 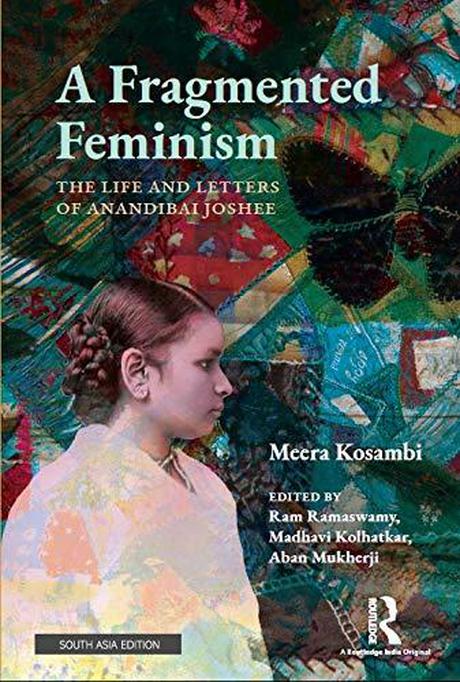 A life in letters of Anandibai Joshee, who struggled against all odds to become the first trained woman doctor from India and achieved much in a short span

On March 31, 1865, in Pune, a girl child was born to Gangabai and Ganpatrao Joshi — their fifth child, whom they named Yamuna. On her ninth birthday, March 31, 1874, she was married to Gopalrao Joshee, a widower of about 26, employed as a postmaster at Thane. She was from then known as Anandibai — a name chosen for her by her husband Gopalrao.

In her short life of just 22 years, she made history by becoming the first Indian woman to be trained as a medical doctor, at the Women’s Medical College of Pennsylvania, in Philadelphia. Consumed by tuberculosis, she died in 1887, soon after her return to India with an MD degree in medicine (1886). She had accepted an offer to take charge of the Edward Albert Memorial Hospital in Kolhapur, which unfortunately never materialised. In many ways, her life was similar to that of Srinivasa Ramanujan (1887 -1920) who shook the world of mathematics, but died young of tuberculosis aggravated by malnourishment and lack of care. Certainly, her achievements ought to be celebrated as no less a feat.

The book Fragmented Feminism chronicles the time from which Yamuna became Anandibai until the day she died. The book reveals Anandibai as she was — through her own letters and in her own voice, with helpful annotations by the author Meera Kosambi and three editors — Ram Ramaswamy, Madhavi Kolhatkar and Aban Mukherji. It reveals her flowering individuality, determination and agency in the face of a strongly patriarchal culture, a domineering, volatile husband and the travails of living in an unfamiliar land so far from home. The letters also underline the impact of this patriarchy on her. In her stint away from home, she appears to have thrown off the shackles of her caste pride and deep-seated nationalism, conservatism.

Two passages from the book are worth mentioning here as a sample of the cultural milieu of the time and the pressure she might have felt in being married to a person with the complex character of Gopalrao. The first is about a public address in 1883 in India that she chose to make herself — “Why do I go to America?” — in which she addresses six questions that were posed to her often. She states: “In my humble opinion there is a growing need for Hindu lady doctors in India, and I volunteer to qualify myself for one.” To the question “Are there no means to study in India?” she replies thus: “[T]he instructors who teach these classes are conservative and to some extent jealous… That is characteristic of the male sex. We must put up with this inconvenience until we have a class of educated ladies to relieve these men.” This is a bold indictment of the gender question in education, at a time when women’s education was not a priority.

The second passage that highlights the environment she lived in and how she dealt with it is from a letter written to her husband after reaching America. She is full of reasoning and entreaty: “Don’t misunderstand and make me suffer so. It is very difficult to decide whether your treatment of me was good or bad. If you ask me I would say it was both… Hitting me with broken pieces of wood at the tender age of ten, flinging chairs and books at me and threatening to leave me when I was twelve, and inflicting other strange punishments on me when I was fourteen — all these were too severe for the age, body and mind at each respective stage…” It was against all these odds that Anandibai became the first Indian woman doctor. Ironically, when she was dying, the healing power of this very trade was denied her, as the book reveals.

In India, Kesari and The Mahratta, run by Bal Gangadhar Tilak, were quick to take up stories on the Joshees who were portrayed as social reformers. Pandita Ramabai, on the other hand, who had travelled to England for her education and converted to Christianity there, was strongly criticised by this section, even though she was doing well. Ramabai was invited by Anandibai’s mentor, Dean Bodley, for the latter’s graduation ceremony, and Ramabai travelled to America just for this. Anandibai wrote of Ramabai thus: “…her courage has outweighed that of the sternest and bravest warrior.”

This book is a deep, frank look at a life of endeavour and difficult journeys, both literal and metaphorical, cross-cultural interaction, purpose and providence — a worthy one to collect.

A Fragmented Feminism: The Life and Letters of Anandibai Joshee; Meera Kosambi, Edited by Ram Ramaswamy & Others, Routledge, ₹995.